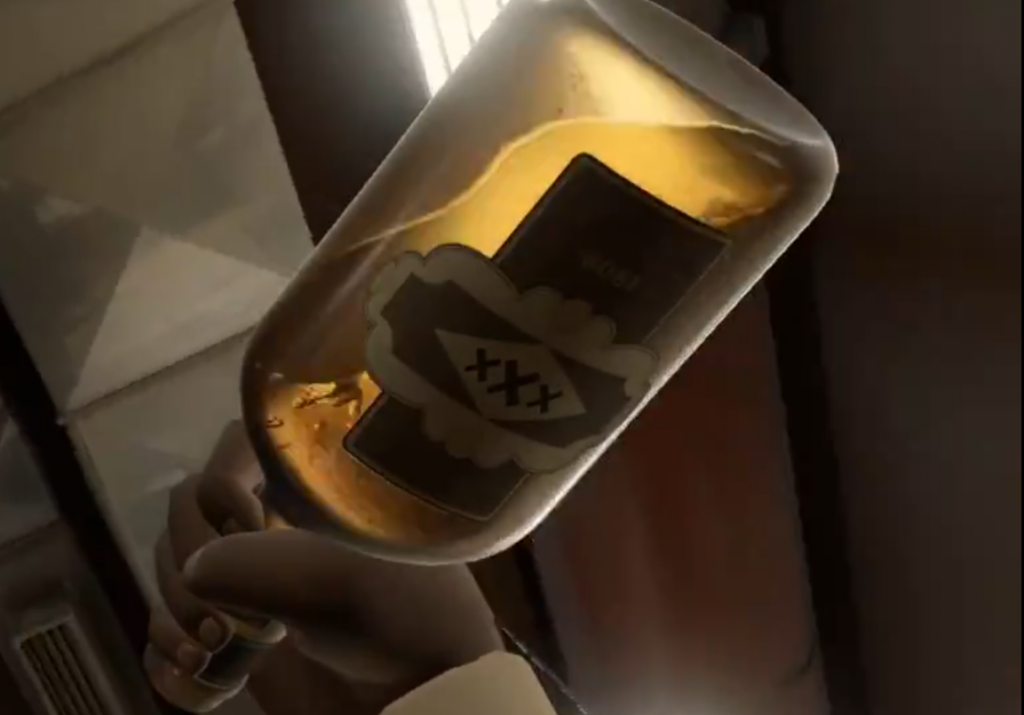 As we reported earlier this month, a team of modders called Amper Software is working on Team Fortress: Source 2—a project recreating TF2 in Valve’s updated Source 2 engine (the same one that powers Dota 2, Half-Life: Alyx, Dota Underlords, and the now-defunct Artifact).

“Our goal is to remake, improve, iterate, and create a new Team Fortress experience on Source 2 engine using s&box,” reads TF:S2’s development blog. “This project is a huge undertaking, we would have to consider all nitpicks of TF2 gameplay, try to rebuild every single mechanic to feel similar to the base game, but with enough dedication, I believe that we can do it!”

Now, as well as being a splendid game, Half Life: Alyx has effects to die for and runs on the Source 2 engine. One effect in particular, the simulation of how light passes through liquid, is a stunning achievement and caught the eye of TF:S2 modder Daniel Basiuc-Brînzei, who knows that the Demoman likes his whisky and put two-and-two together.

Decided to copy paste Alyx’s liquid shader properties to the demo’s bottle model. It doesn’t look right at all, but it’s still a something interesting to consider ? pic.twitter.com/MXIOExnifIAugust 18, 2021

Is it whisky? Come on, he’s Scottish, course it is (source: am Scottish, send whisky).

To be clear, TF:S2 is in an early stage of development and you won’t be waving beautifully lit bottles of booze around anytime soon. The team is using s&box (pronounced ‘sandbox’), the spiritual successor to Garry’s Mod that utilizes Source 2 as a framework: this tool itself is still in early development from Facepunch (the Rust studio founded by Garry “Garry’s Mod” Newman), so Amper is working with incomplete tools. Still: that’s some real liquid gold.