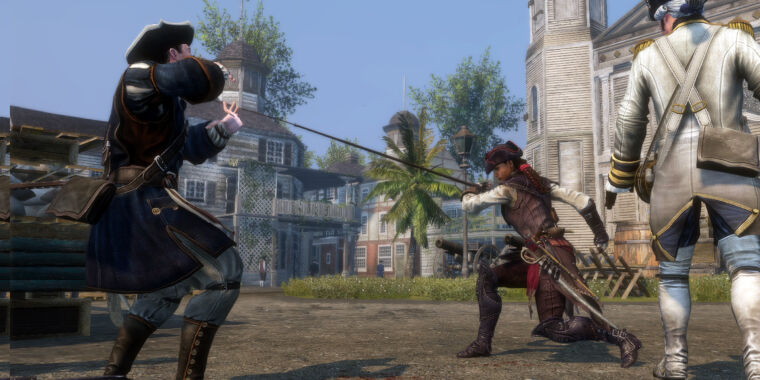 Ubisoft has announced it will be decommissioning the online servers for a number of its older titles. But in addition to the expected loss of the online multiplayer portions of these games, the shutdown also means that single-player DLC for the PC versions of those titles will no longer be accessible, even for those who have already purchased and downloaded it before the coming shutdown.

According to Ubisoft’s announcement, “the installation and access to downloadable content (DLC) will be unavailable” on the PC versions of the following games as of September 1, 2022:

DLC for the console versions of these games (which is verified through the console platform stores and not Ubisoft’s UPlay platform) will be unaffected, when applicable. Assassin’s Creed III and Far Cry 3 are also available on PC in remastered re-releases that will not be affected by this server shutdown (though the remastered “Classic Edition” of Far Cry 3 is currently unavailable for purchase from Ubisoft’s own website).

In addition, Ubisoft notes that the Steam version of Assassin’s Creed Liberation HD “will not be accessible” at all following the September 1 shutdown. That PC port of a 2012 Vita title will still be available as part of the 2019 Assassin’s Creed III Remastered package, though.

The standalone version of Liberation HD was on sale for 75 percent off during last week’s Steam Summer Sale. That great deal was tempered somewhat by the undisclosed fact that players will only have roughly two months to play the game before it becomes completely useless.

Not a new problem

Ubisoft’s “multiplayer and online services availability” explanation page currently lists 53 PC titles for which purchased add-on content will “no longer be available” thanks to server shutdowns. The list includes titles released as far back as 2013.

“Closing the online services for some older games allows us to focus our resources on delivering great experiences for players who are playing newer or more popular titles,” the company writes. “The decision to close the online services for a title is always taken with the consideration of our player base, including the level of interest they still have in the game.”
While gamers are by now used to losing online multiplayer access for older games, server shutdowns that impact previously purchased and/or downloaded single-player content are rarer. Those situations are not unheard of, though; NBA2K players lost access to their single-player saves when servers for older games shut down, for instance, and Guitar Hero Live players lost access to hundreds of cloud-based songs that were only available on the streaming “Guitar Hero TV” mode when those servers shut down. Onerous and/or outdated DRM can also make some downloaded content impossible to back up if something goes wrong with the original copy.