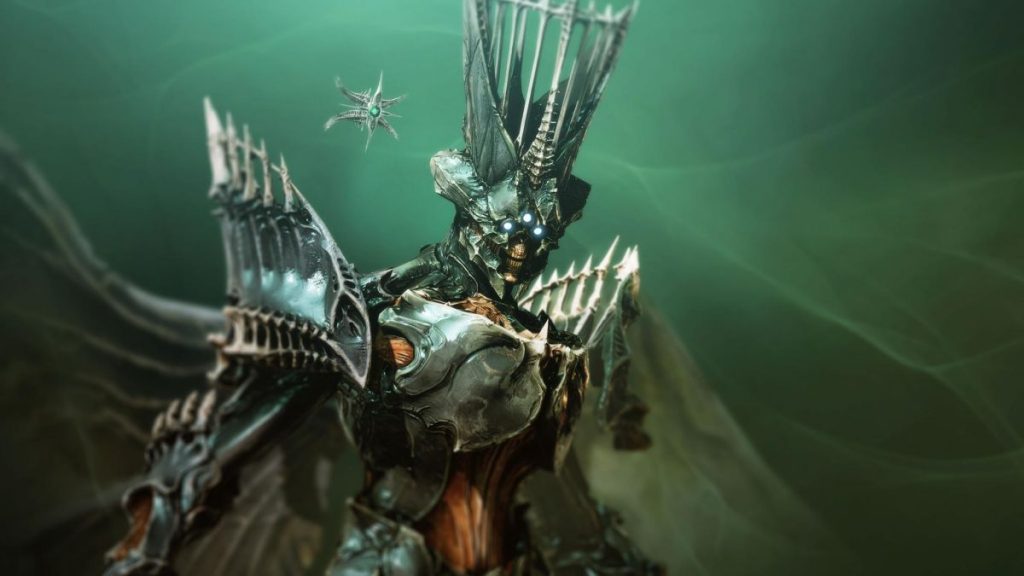 Considering she’s the Hive goddess of deception, Savathûn doesn’t seem all that great at keeping secrets. (Or does she? Etc and so on.) Today, Bungie gave Destiny 2 players their first real look at The Witch Queen expansion in the form of an hour-long reveal stream, which is embedded above. Or at least, the first look assuming you’d managed to avoid the juicy Pastebin, Notepad and Australian PlayStation store leaks, which at this point appear to have been confirmed as almost entirely accurate. Either way, the stream contained a ton of info about what’s coming to Destiny 2 in The Witch Queen on 2 February 2022. Let’s hit the biggest headlines:

1. The new Destination will be Savathûn’s throne world

It turns out those verdant images Bungie had teased where not of Earth’s Old Chicago after all. Instead, The Witch Queen will see the guardian’s venture into Savathûn’s swampy throne world. She rules this “uncharted wonderland of secrets and lies” from a vast castle, and there’s also a crashed Pyramid ship to contend with (which my guess is will be involved with the raid somehow). Throne Worlds are Pocket Universes created by the Hive—her brother, Oryx, and his son, Crota, also had one—where the rules of reality are determined by the owner. These places effectively function as insurance policies against death, so our goal is presumably to stick it to the Queen once and for all. Which isn’t going to be easy because…

2. Oh shit, the Hive have the Light now

This is a problem. Savathûn has somehow tricked The Traveller—that’s Destiny’s big flying benevolent golf ball of a god—into bestowing its supernatural gifts on her. The result being that she, and her Hive followers, are able to wield the Light. In the footage we saw Hive ‘Guardians’ casting super abilities from multiple subclasses. (Did I even see one wielding Stasis?) Being empowered with the Light also means the Hive will be able to come back from the dead, as evidenced by the fact they now have bony ghosts to resurrect them. The implication from a clip of one of these being crushed is that we’ll have to destroy their ghosts to kill them completely. What’s particularly cool is that the basic good/evil binary offered by Destiny’s Light vs the Darkness schtick was always a bit boring, so adding some complexity to who’s able to wield what, and who might ultimately be on the side of right, is intriguing.

New enemies require new tools with which to murderise them, and The Witch Queen adds glaives to Guardian’s arsenal. (Side note: I was slightly saddened to learn that these are basically knives on sticks, rather than the spinny thing from Krull that I initially imagined.) Unlike swords, which are Destiny’s current melee-only options, glaives are used in first-person because they can be both swung as you’d expect, and fired using a built-in projectile weapon. We were also told they have a defensive capacity, presumably in a similar fashion to the way swords can block projectile attacks.

The first glaive you earn in The Witch Queen won’t just drop from an enemy as loot—you’ll need to create it using the new crafting system. From thereon other seasonal weapons will become craftable, and Bungie is committed to making older archetypes available to craft down the line too. Given how much of the current gameplay loop depends on chasing ‘god roll’ perk combinations on guns, the addition of crafting is potentially the biggest change coming with The Witch Queen. It’ll be fascinating to see how crafting is balanced so that it isn’t either a) equally as onerous as grinding playlist activities or b) too easy for everyone to get a godslaying roll on every gun and no longer need to log on. On past experience I’d be surprised if that’s a balance that’s struck perfectly out of the gate.

Speaking of balance, we were told particular love is being given to The Witch Queen’s campaign. Previous Destiny DLC stories have suffered from being done in a day, after which there’s not a ton of reason to revisit missions which have obviously required a lot of resources to create. In the stream, Bungie referenced Titanfall 2, Halo and the recent Doom games as inspirations, and also talked about a punishing new ‘Legendary’ difficulty mode that should ensure the campaign has real teeth. The success of Destiny 2’s brutal Grandmaster Nightfall missions has shown there’s a real appetite for this sort of tough PvE content, so I expect it to be well received. Interestingly, the missions will also apparently scale in punchiness depending on how many players are in your fireteam.

6. The current trilogy will actually be four installments long

We already knew that The Witch Queen would be followed by another major expansion, called Lightfall, in 2023. However, it now transpires that Lightfall won’t close out the Light vs Darkness storyline, as had been thought. That honour will fall to The Final Shape, another expansion, which is set to land at some point after Lightfall drops. Bungie also assured players that though The Final Shape will see the end of the current 10-year narrative, Destiny will continue beyond. (Hey, there are mouths to feed however much the Guardians have earned a break from all the xenocide.)

It had been expected that, following the addition of Stasis, each new ‘big’ expansion would add another Darkness subclass. The rumour was that The Witch Queen would see the addition of a ‘Poison’ or ‘Vapor’ subclass, themed around a similar corrupting energy to the one associated with the Thorn and Necrotic Grips exotics. However, that’s not the case. Instead, Bungie is going to begin the process of moving each of the Light subclasses—Solar, Arc, and Void—to the modular system used by Stasis that enables players to heavily customize their playstyle by slotting in different Aspects and Fragments into a perk matrix. This is clearly a substantial piece of work, not least because of the balancing required, so The Witch Queen will focus on the Void subclasses first, with others getting tuned in future releases.

Seven things seems a good number to wrap on, but honestly there’s quite a bit more coming with The Witch Queen. Post-launch, Bungie is promising to deliver two brand new dungeons in 2022, as well as a remastered raid that will be free to all players (King’s Fall or Wrath of the Machine, please). That emphasis on providing a plethora of endgame activities will also extend to a weekly rotation of ‘Legacy’ raids, which is something I’ve wanted for a long while. The Witch Queen aside, we’ve also got the skinny on what’s happening right now with Season of the Lost, which went live shortly after the stream ended. A little further ahead, Bungie is also bringing back the iconic Gjallarhorn rocket launcher as part of the company’s 30th anniversary jamboree in December.