Home » The Amiga 500 is getting a miniature console makeover

The Amiga 500 is getting a miniature console makeover 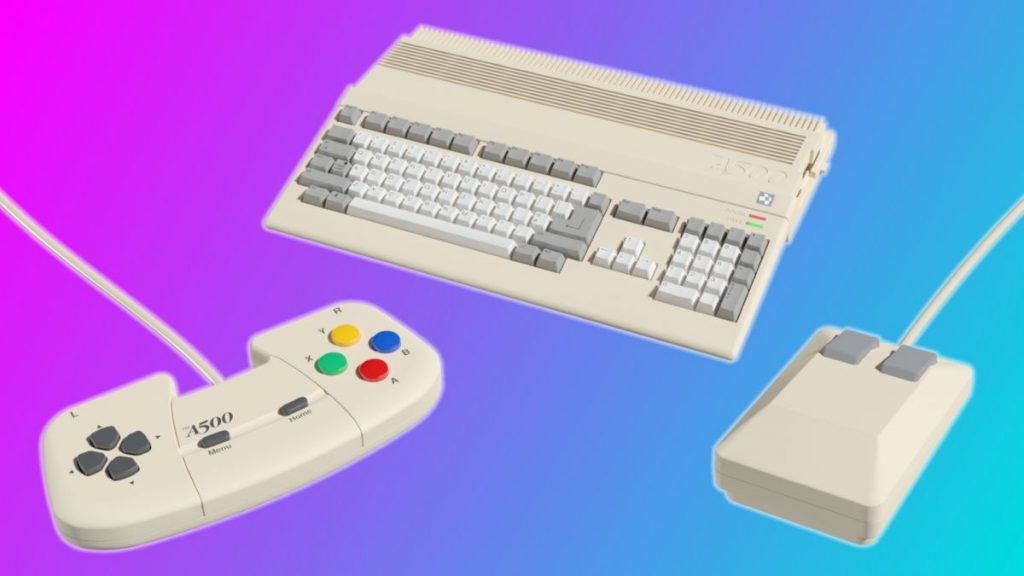 Commodore’s classic Amiga 500 computer is getting an itty-bitty console remake.

Retro Games—the brain behind the Commodore 64 Mini—has created the A500 Mini, due to hit shelves in early 2022. It’ll set you back around $139.99 / £119.99 and comes with a nice remake of the 2-button mouse and an 8-button gamepad. While the console has a decorative keyboard, you’ll need to plug in one of your own for actual functionality.

The A500 Mini comes pre-loaded with 25 games like Worms, Another World and Simon the Sorcerer, but you can also pop a USB flash drive in and load up your own ROMs. Full WHDLoad support is included too, as well as classic emulation save states.

Only 12 of the 25 games have actually been announced so far, but here’s the current list:

Is it all a bit of a novelty? Arguably yes, but there’s something endearing about having a dedicated device to play old games on, even if it is just the same emulator you’d be using on your bog-standard PC. Our own Andy Kelly built his own miniature PC for old console games earlier this year, enjoying the process so much that he shared how to do it yourself.