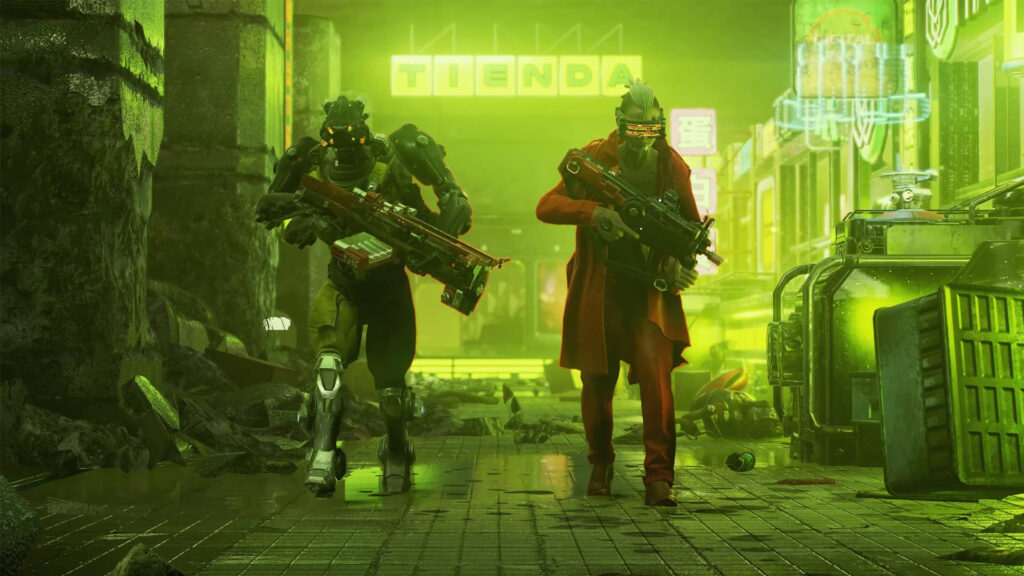 The upcoming DLC for The Ascent is bringing some neat content for those itching for more. Cyber Heist releases on August 18, and it comes with new missions, locations, and weapons. A short trailer shows off some of what we can look forward to in just a few weeks’ time. It’s only 30 seconds long but shows enough to get the point across. We’ll get a proper trailer later this month when the DLC launches.

The top-down isometric shooter brought visceral cyberpunk action to sci-fi fans last year. The Ascent managed to surprise a lot of people and stand out in the sea of other cyberpunk adjacent titles. Unfortunately, we haven’t seen too much from the game content-wise since its release in July 2021, besides a few technical updates here and there. But with Cyber Heist, fans finally have a great reason to go back.

Heists have never been so cyber

The upcoming DLC for The Ascent will take its players on a cyber heist. What this entails isn’t exactly clear, but since it’s a cyberpunk story, we’re probably stealing something from a mega-corporation. The short trailer certainly shows that whatever we’re facing off with has the numbers to put up a good fight. While we don’t know what to expect with that, there are a few things that we’re aware of.

Cyber Heist will come with six missions, ten new locations, and five new weapons. An exciting inclusion in the DLC is melee weapons, which are new to The Ascent. The trailer briefly shows off a cool-looking katana while the splash screen at the end shows someone wielding a hammer. It’ll be exciting to see how melee weapons play into the carnage. The Ascent was also a fairly difficult game, so the DLC could prove to be pretty challenging.

The latest DLC for The Ascent, Cyber Heist, will launch on August 18. It’s the first proper content addition for the game since its launch last year. Hopefully, this paves the way for even more content to come in the near future. And if you never got around to playing The Ascent, you should definitely give it a go soon.