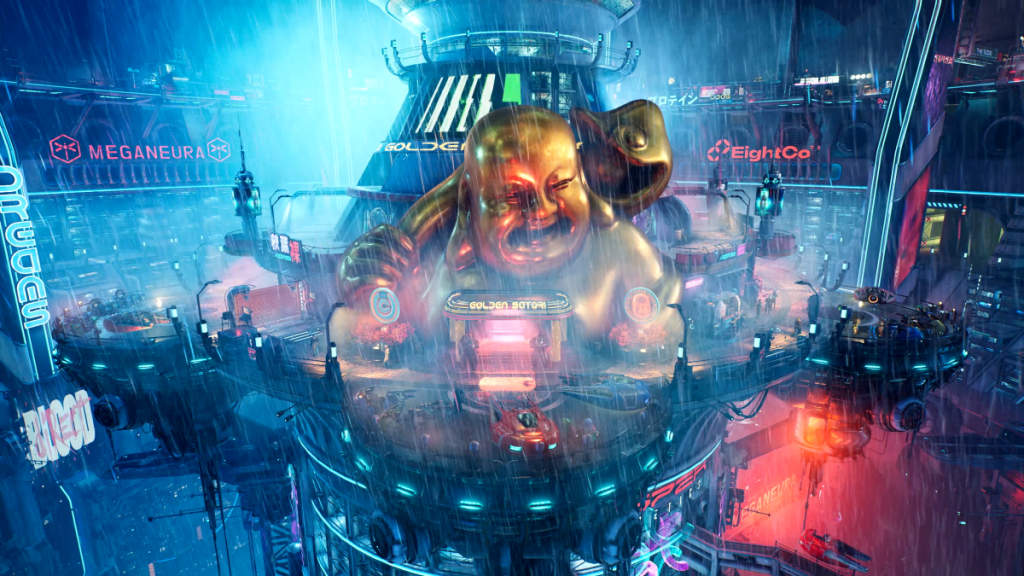 The Ascent’s cyberpunk metropolis is a gorgeous thing to behold. Unfortunately, on release it was slightly less stunning on Game Pass than Steam, with the former missing ray-tracing and DLSS features afforded to the latter. Fortunately, it looks like developer Neon Giant is on the case, with plans to bring the Microsoft version up to parity with Steam.

Posting in response to a disappointed player, the official Neon Giant account promised fixes to the absent DLSS and broken ray-tracing implementation—along with a lesser-known issue that was causing load times to take twice as long on Game Pass.

We are working on bringing them up to parity. The level load is news to me though, thanks for bringing that to my attention! / TorJuly 31, 2021

As our Jacob noted, the Game Pass edition was missing options for DLSS outright. And while the Nvidia .dll libraries to support it have since emerged online, the way Game Pass titles are packed has made adding them a whole lot harder than simply dragging and dropping them in. Ray-tracing, while ostensibly supported, appeared to be completely broken on Game Pass.

It’s a shame, too. The Ascent’s Arcology is a grand, monolithic urban sprawl that easily puts Cyberpunk 2077’s Night City to shame. All rain-swept and glistening with neon, it’s the sort of thing you’d want to see with all the visual bells and whistles cranked up—except that, on Game Pass, you’d never see it all the way maxxed out.

Hopefully, Game Pass subscribers shouldn’t have to wait too long to see the Arcology at its best.