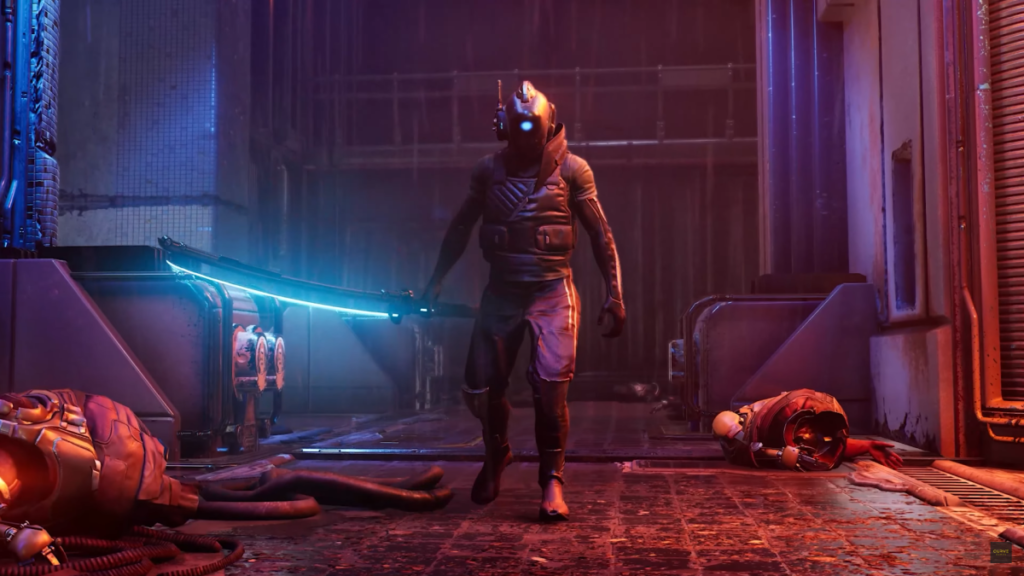 Cyberpunk action RPG The Ascent (opens in new tab)‘s got a big DLC on the way, called Cyber Heist, that’ll add a journey to a whole new cyberpunk arcology for your mercenary for more cooperative shootin and—in a whole new twist—slashin. The Cyber Heist DLC will add melee weapons to The Ascent, like a big sword, or a big hammer, which naturally have neon on them because if it doesn’t fit the aesthetic why bother.

The Cyber Heist is a pretty big sounding DLC, which I think we used to call expansions, and adds a post-game campaign about visiting another big arcology city owned by the Malhorst-Gelb Group. You won’t have to complete the main campaign to play Cyber Heist, as long as someone in the co-op group has completed it.

“Kira, your former employer, has a new top-secret job, and as a newly independent contractor how could you refuse? Venture outside of your familiar arcology into a brand new arcology owned by the Malhorst-Gelb Group. There’s some new ground-breaking tech ripe for the taking, but you’re not the only one with sights on the prize,” says the official description.