The Eternal Cylinder’s nightmare geometry finally rolls out this month 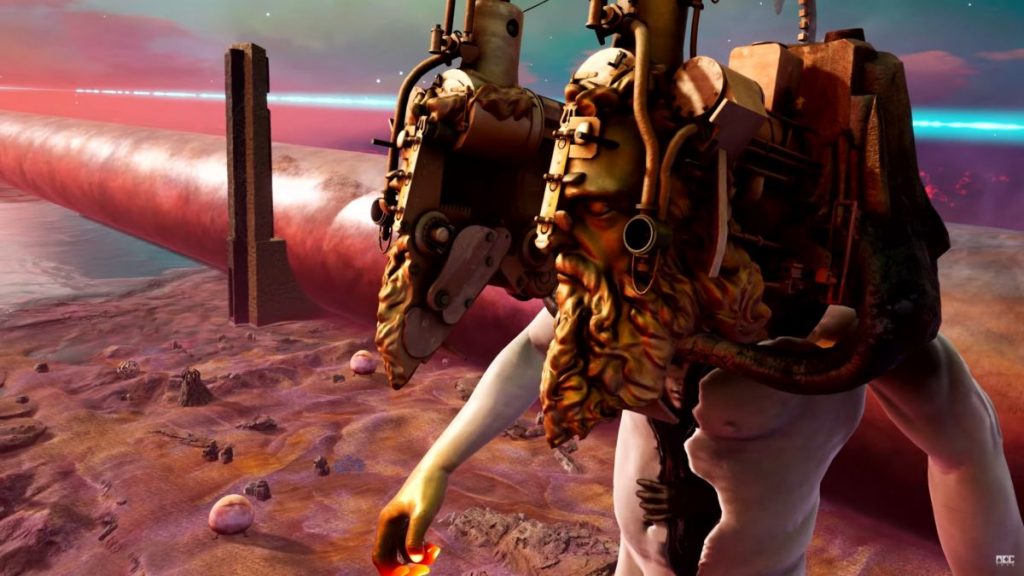 Ace Team’s colossal geometry nightmare The Eternal Cylinder is rolling onto the Epic Games Store this month, and it’s looking as outlandishly strange as ever in a new release date trailer.

Part Spore, part eldritch kitchen nightmare, The Eternal Cylinder is an absolutely bizarre survival sandbox that sees you guiding a race of wimpy little sprog-like “Trebhums” away from predators, dangers and *checks notes* a planet-spanning rolling pin that’s coming to crush everything into a fine paste.

To survive, your critters can force evolution by eating special plants or visiting ancient shrines—growing fur to face the cold, sprouting a few extra eyes, ballooning with helium, morphing into a cube, whatever it takes to escape snapping jaws. You’re not the only ones evolving, though, and it looks like some freaky, human-adjacent creatures will occasionally jump out from the cylinder’s wake to foil your plans.

“It’s kind of like the second stage of Spore, but it also reminds me of when shops would be full of games that cast you as an ugly bug-eyed alien thing named “Zarp Fleeble” that some developer was convinced would be the hot new mascot (the ’90s, like The Eternal Cylinder, were bizarre),” Jody wrote in his hands-on preview back in March. “They don’t make many games like that any more, except I guess for Outer Wilds, because most of them were garbage. The Eternal Cylinder, however, is definitely not garbage.”

It’s delightfully absurd, and entirely to be expected from the developer behind games like Rock of Ages and Zeno Clash—the latter of which is getting a surprise revival with Clash: Artifacts of Chaos. The Eternal Cylinder is coming to the Epic Games Store on September 30.