Home » The Fallout tabletop RPG emerges from the vaults

The Fallout tabletop RPG emerges from the vaults 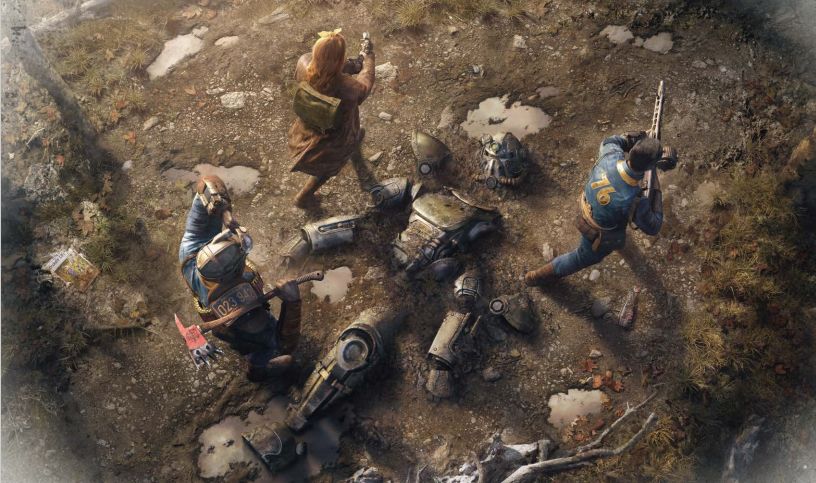 The officially licensed Fallout tabletop roleplaying game is now out, bringing post-nuclear roleplaying to your tabletop from publisher Modiphius Entertainment. With the digital edition now available, Fallout: The Roleplaying Game becomes the latest property to get the tabletop RPG treatment, with a big colorful rulebook that’ll probably be bought by just as many people who want to read a fat book of Fallout lore as want to actually play a TTRPG.

The Fallout TTRPG rules are generic to the setting, but they are written from the point of view of Fallout 4, so it gives stats for things like Synths in the bestiary and details, locations, and characters from Fallout 4 in the examples of play. It’s a pretty straightforward game system, with players rolling a pair of 20-sided dice and looking to roll equal to or under a target. True to modern Fallout style, you can spend action points to roll more.

Fallout’s rules are an adaptation of Modiphius’ pretty well tested in-house tabletop game engine, called 2d20 or Momentum, and it’s actually in the tweaks to make it more Fallout-y that the cool stuff emerges. You have SPECIAL attributes, a big Bethesda-style skill list, and you pick Perks as you level up.

You can play as a Vault Dweller or Wasteland Survivor, but you could also go for a Brotherhood of Steel Initiate, Ghoul, Super Mutant, or my favorite, a Mister Handy robot. The rules are pretty easily extended, too: It’d be very simple to just hand a Dogmeat character sheet to that friend who always checks out and looks at their phone, for example.

Fallout is the second Bethesda world to get the tabletop RPG treatment from Modiphius, as Dishonored: The Roleplaying Game came out last year.

You can find Fallout: The Roleplaying Game on its official web site, and the digital edition is also for sale on popular PDF store DriveThruRPG. Physical editions, including the collector’s editions above, are currently available as pre-orders but are scheduled to ship this Summer.