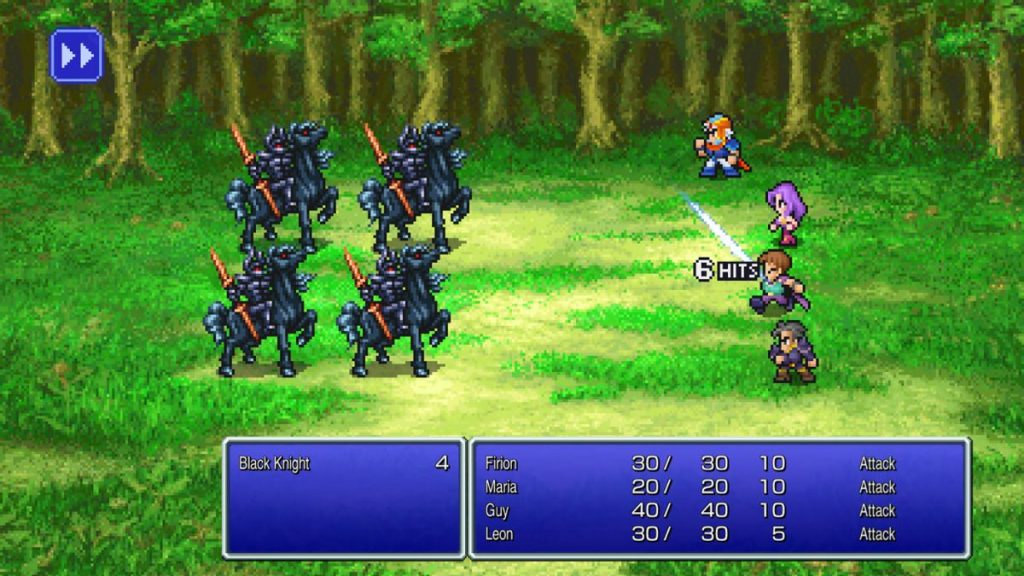 The pixel art remasters of Final Fantasy I-III are out on Steam today, and they represent an important do-over for Square Enix: proper ports of classic games that have previously been butchered with ugly upscaled art and other issues. The pixel art looks really nice! These are the kinds of ports Square Enix should’ve done years ago. Except, well, something went really wrong with the fonts, which fans noticed immediately when the games were revealed last month.

The pixel art remasters use a bland sans serif font, but the bigger sin here is how squished it is. It looks like someone accidentally set the letter spacing to like, -100, leaving vast gulfs of empty space in the UI and a font that’s pretty hard to read. Thankfully, as RPGSite has discovered, there’s an easy way to make the new Final Fantasy font look much, much better.

If you buy any of the new Final Fantasy remasters on Steam, head to the game’s local files and open the Final Fantasy_Data > StreamingAssets folder.

Now copy and duplicate the following files in a temporary folder:

Finally, copy the old font_ja files back into the folder so the game doesn’t throw a fit over missing files.

This change doesn’t replace all the English text with Japanese characters like it may seem—if you set the language to English, it’ll still be in English. What it does is apply a different formatting to the English text, making it appear much wider and more legible.

RPGSite notes that this fix could potentially cause the English text to overflow the user interface, since it’s obviously been designed and tested for the smaller font, but that they haven’t had any issues. Depending on how the UI is designed to scale, this may depend on what resolution you’re playing the game at. Still: definitely worth it.

Square Enix should do the right thing and add a pixel art font option to the game, just as they’re updating the recent Legend of Mana port with the original font this fall. But for now, this will do.

Here’s how to fix that awful English font in the Final Fantasy Pixel Remasters on Steam in just a few steps: https://t.co/eXRsdiVutx pic.twitter.com/bePCogBOnKJuly 28, 2021

Thank you for your service, RPGSite.