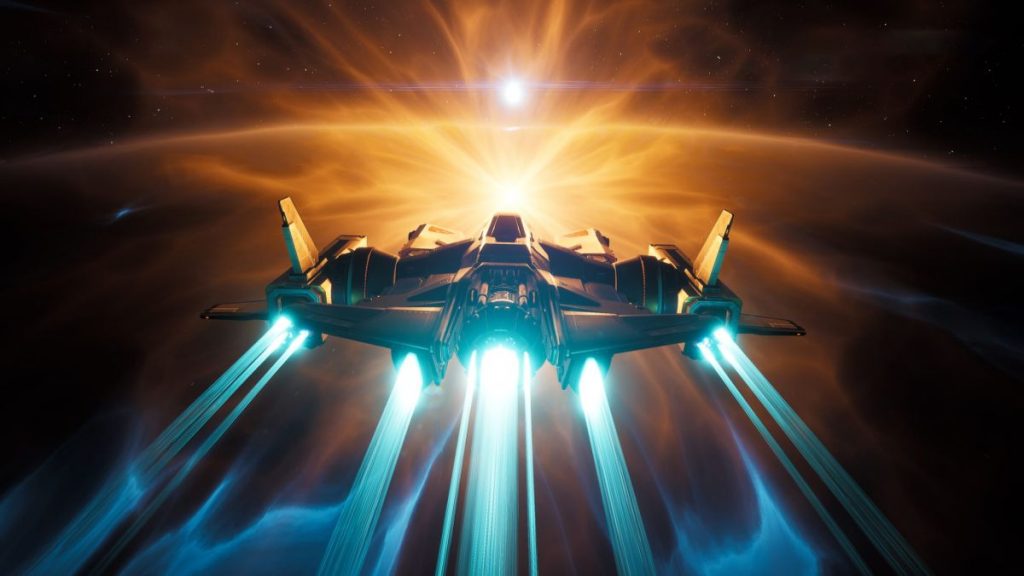 The latest update for Everspace 2, titled Zharkov: The Vortex, adds a huge amount of new content, tweaks, and features to the game—which developer Rockfish has helpfully outlined in a huge Kickstarter post. The update takes its name from a newly added region of space, which the dev promises is “filled with new secrets, activities, puzzles, and loot, but lots of danger too.” Check out the gameplay trailer below to see the place for yourself.

Among the new content in the Zharkov update is a ship, the Vanguard. Rockfish describes it as a “highly maneuverable reconnaissance fighter with a high emphasis on speed/mobility and defensive measures.” The dev has also added new Descent-inspired drone missions, which are “all about your 6DoF maneuvering skills” as you pilot a maintenance drone “through narrow tunnels and bypass moving security barriers deep underground.”

Pre-empting concerns that Everspace 2 might be losing focus as a space sim, Rockfish adds: “Our vision for the game has always included introducing new gameplay mechanics and objectives to keep things fresh, like puzzle-solving, or in this case, remote controlling a drone à la Descent.”

The update also adds additional story content, which spills over into the new Zharkov region, and new gadgets including the Fusion Hook, which lets you pull off “some cool zero-G swing maneuvers” in space. And there’s a whole host of UI updates, bug fixes, and balancing tweaks, far too numerous to list in a short news post. You can read them all here in the update changelog.

Everspace 2 is clearly taking its time in Early Access—and that’s fine. Rockfish has always worked closely with its community, and the more time it spends refining the game before release, the better. “We don’t have gazillions of proc-gen planets in a vast, seamless universe,” the dev says. “But we hope that experiencing our hand-crafted content in a pseudo-open world, playing through a proper sci-fi story, is a journey worth your while.”

The Zharkov: The Vortex update is available now.