The next SteamWorld game is 3D, co-op, and called Headhunter 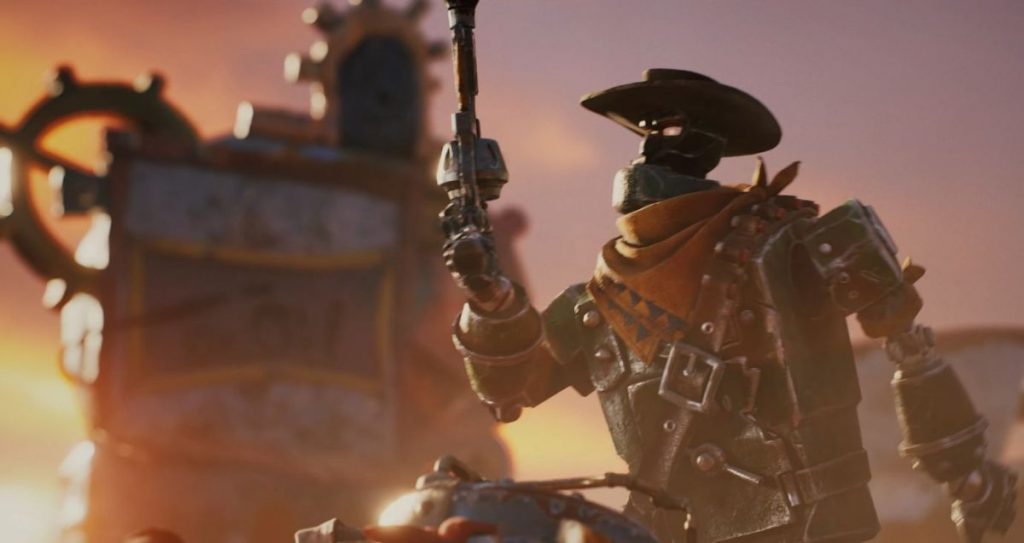 Back in May, a financial report revealed there were “several new SteamWorld games” in development, and now here’s a first look at one of them. Called SteamWorld Headhunter, it’s apparently “a stylised and colourful, third-person co-op action adventure with a head-popping twist.” The head-popping seems to be literal, according to the teaser trailer, which shows a wild west shootout between two robots.

The SteamWorld series has avoided settling on a genre for any length of time, with developer Image & Form—now merged with Thunderful Games—bouncing from tower defense to 2D metroidvania to turn-based tactics across the various SteamWorld games.

“The robot setting opens up all kinds of possibilities,” studio head Brjann Sigurgeirsson in our 2017 profile. “It may seem as if establishing your own world, character gallery or setting and using that over and over again would restrict you, but it’s the other way around: it gives you the freedom to experiment with every other parameter. If you yourself know how your world and your characters work, you don’t have to think or worry about that aspect too much. And if people are familiar with your idea and have been ‘taught’ what to expect, they can be surprised by all the other things you’ve thought up.”

To celebrate the reveal, Steamworld Dig 2 is free on Steam and GOG for a limited time, but you’ll need to be quick to grab it.