Home » The Quake remaster brings back a cut section of E2M6

The Quake remaster brings back a cut section of E2M6 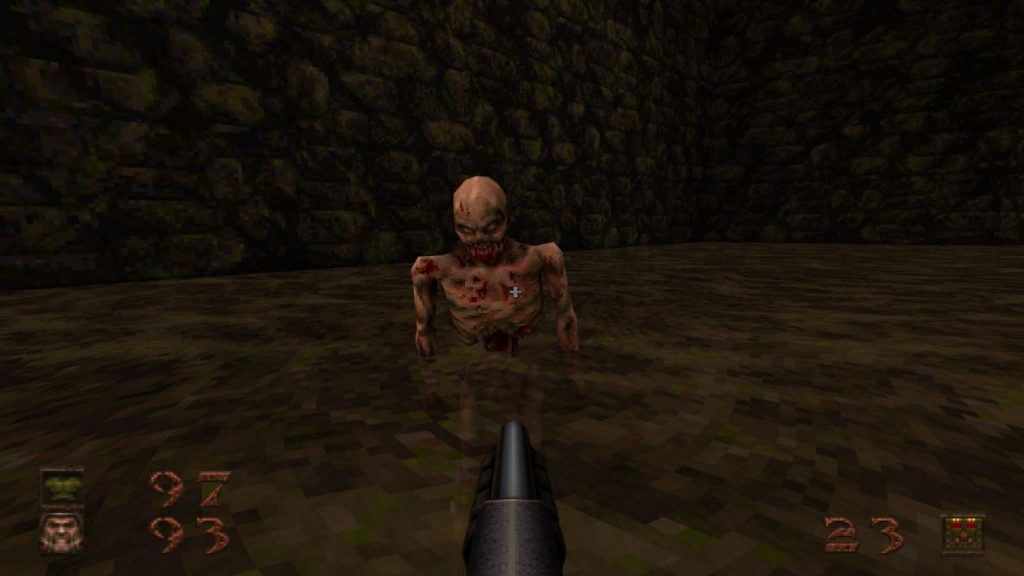 When Quake was being developed, the developers at id set a self-imposed limit of 1.4MB for each .bsp file, meaning no single map could go over the file size of a single floppy disk. To get E2M6, the Dismal Oubliette, down to that size its designer, John Romero, had to remove an area that was originally its entrance (though he later shared it online).

As Quake expert starshipwaters noticed, the recently released Quake remaster restores this lost entrance to its rightful place. Now, when you arrive in the Dismal Oubliette you’re at the bottom of a wet and winding cave and have to work your way up, past hellknights and other classic jerks of Quake, to get to what was previously the beginning of the level.

“Yes, there used to be a much more interesting beginning to that area of Quake,” Romero wrote back on Quake’s fifth birthday, “but I had to amputate the guy and cauterize the wound into its current state, the starting point of e2m6. I remember spending many hours trying to get it just right, to create the feeling of an awful, cavernous pit for the player to get out of and into the real horror of the Oubliette. It added a nice bit of gameplay time and I’m sorry that it had to go, but we set the .BSP file size at 1.4Mb and had to be strict about it.”

If you own Quake on Steam or the Microsoft Store then you’ve already got the remaster as a free bonus, so that’s nice.