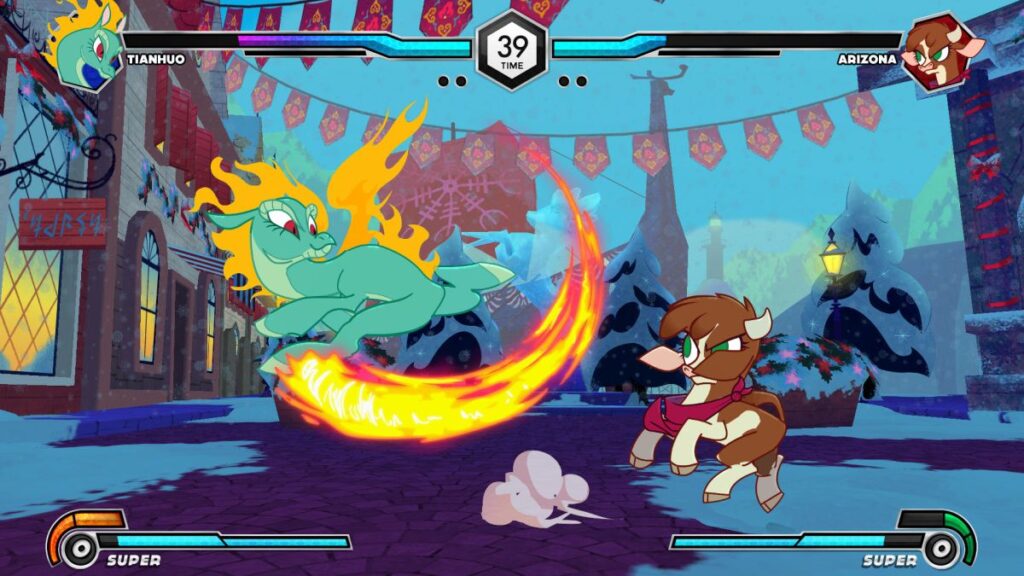 Today’s PC Gaming Show (opens in new tab) has been chock-full of trailers and announcements for games across the platform, but I’m reasonably confident this is the only one that involves a half-horse, half-dragon flame-kicking a cow in the face. This is the 3.0 update for Them’s Fightin’ Herds, which really puts the hoof to the metal for the 2D animal fighting game.

Them’s Fightin’ Herds came out in 2020 but is being refreshed with this 3.0 update. The PC Gaming Show trailer shows off the cast’s brand new level 3 supers, some of which look downright brutal. Seriously, who thought that My Little Pony lookalikes could be so mean to one another? Friendship is supposed to be magic, but fistfights seem preferable in the world of the Herds.

The level 3 supers are massive attacks that can act as finishers against your opponents. Each character has their own style, of course, and each one looks right out of an old-school Cartoon Network show. That makes: Lauren Faust designed these characters, and she’s best known for her work on cartoons like My Little Pony, Foster’s Home for Imaginary Friends, and The Powerpuff Girls. All the classics.

The 3.0 update expands on some other already available features of Them’s Fightin’ Herds. If you’re a Smash Bros. fan wanting an alternative on PC this might suit your needs: there’s local versus and online matchmaking, replay systems, and a whole story mode to explore. Combat includes light, medium, heavy, and magic attacks, magic systems, the aforementioned super attacks, and rollback netcode. With the 3.0 update there are also some balancing changes to settle the score.

If you’re interested in getting your hands or hooves on Them’s Fightin’ Herds, the game is available on Steam right now—and so is the new 3.0 update! Go go goat.