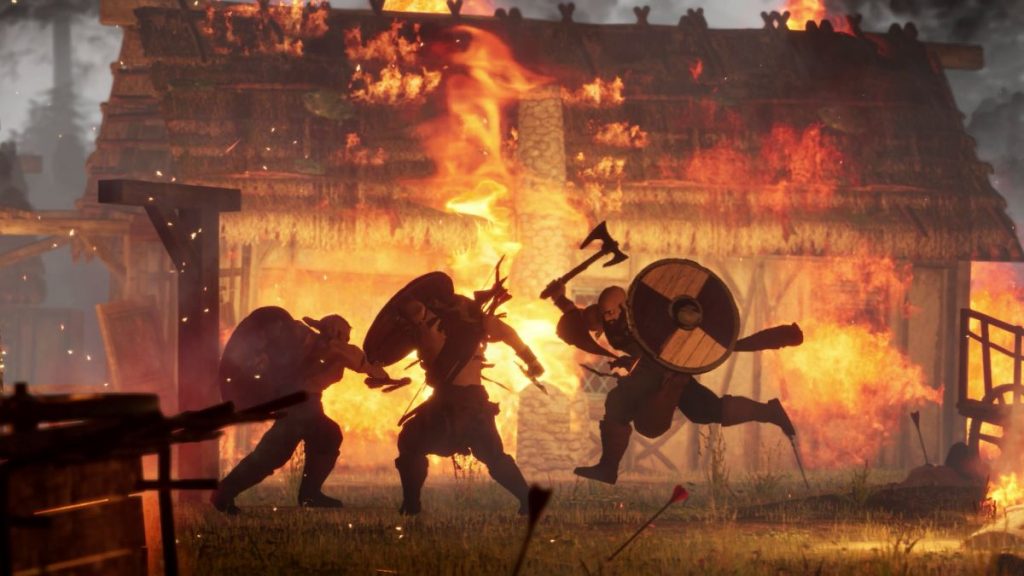 I know a lot of you Vikings are twiddling your thumbs until Valheim’s Hearth and Home update arrives in two weeks. But you can put some of that impatient energy into another Viking-themed game, Song of Iron, a side-scrolling revenge saga with some pretty slick design and kinetic, bone-crunching combat.

After your village is burned down and your loved ones are slaughtered (I mean, you’re a Viking, that’s gonna happen), you stalk off into the woods, grabbing a simple shield and a basic axe. Before long you’re blocking, hacking, and slashing as you come across your foes, and then helping yourself to their gear as you find better weapons and your shield begins to splinter.

I played a bit of Song of Iron today and it’s an extremely slick side-scroller with a lot of ways to move and fight. You can crouch for stealth through darkened areas to sneak by enemies, you can dodge, roll, sprint, and even slide. You can collect a bow and arrow for ranged attacks, you can fling your axe into people’s heads, and best of all you can kick your opponents to knock them back, which feels like a very Viking thing to do. And not just standing kicks, but flying kicks, too.

Is there a magic axe that returns to your hand after you throw it? Hell yes. And that’s good news because I threw my non-magical axe at some dudes and it sailed over their heads and then I had to fight my way through them to retrieve it, which was extremely difficult seeing as I had no axe.

I also love that sometimes you’ll recede completely into silhouette for battles, which gives it a cool cinematic vibe from time to time. There aren’t just human enemies to conquer in Song of Iron, but some fierce animals and tough-looking mythical monsters as well, and there are also infrequent environmental puzzles that require pushing and pulling objects around.

Song of Iron is a solo developer project, which makes it all the more impressive. You’ll find it on Steam.