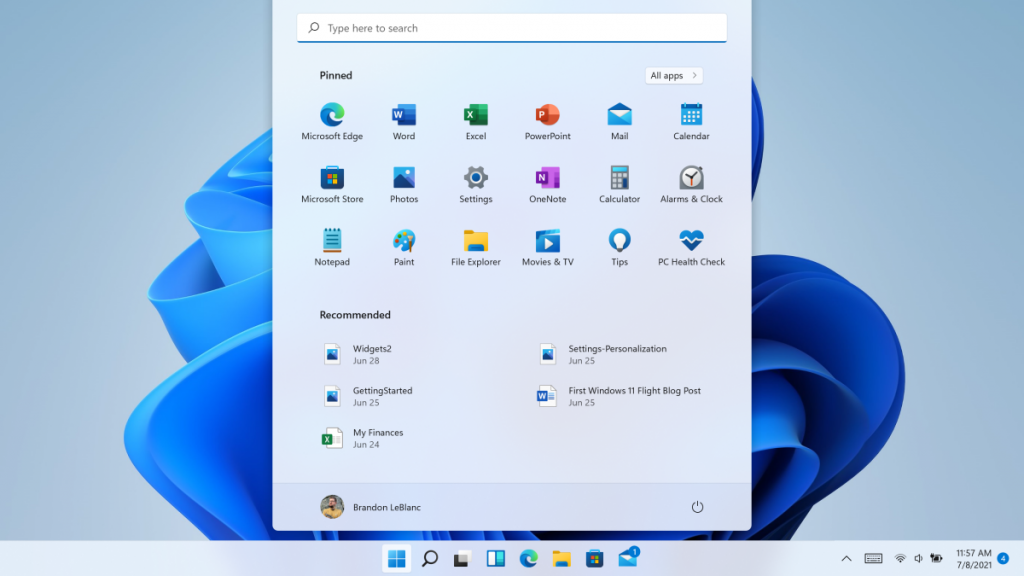 There are many new and exciting features coming with Windows 11, but for everything new and shiny in the upcoming OS, it seems a small convenience here, or minor feature there has been left on the cutting room floor.

If you head to the Windows Feedback Hub, you’ll find plenty of requests from Insiders operating early versions of Windows 11. Many of which are for features still available in Windows 10 but notably missing from Windows 11 (via Bleeping Computer).

Top of the list with 13,785 upvotes is a request to “Bring back right-click for Task Manager option on taskbar for Windows 11”.

If you’re on Windows 10 right now, you can easily access the task manager by doing the above. Easy right? In Windows 11, that’s been removed. Microsoft has responded to this request with the following: “Thank you so much for giving us your feedback. While we’ll continue to use your feedback to guide the future of features like this, currently on Windows 11, you can right-click the Start menu button to quickly open the Task Manager. In addition you can also press CTRL + SHIFT + ESC to open Task Manager directly.”

Still sounds pretty easy, if I’m honest. But there are plenty of angry comments regarding this now defunct feature.

One user writes: “CTRL + SHIFT + ESC to open Task Manager directly IS REDICULOUS”, and goes on to tell Microsoft that it’s “thinking too much”.

Thankfully, many comments are more civil and proportionate than that.

Windows 11 has seen Microsoft focus on a new and reimagined taskbar, so it’s perhaps not all that surprising that many of the top upvoted feature requests for Windows 11 revolve around its functionality.

The second-most upvoted request is for Microsoft to “Bring back the ability to move the taskbar to the top and sides of the screen on Windows 11.”

Now this one I absolutely understand. While I personally play it safe with the taskbar along the lower edge of the desktop, the PC Gamer test bench has long had a right-side taskbar that we’ve grown rather used to. That’s because we’ve been running our rig on a 55-inch gaming monitor, and otherwise it’s a long way for the mouse to travel.

Once again, plenty of angry comments from Insiders, which I will remind you have opted themselves to be guinea pigs for Windows 11 ahead of its full release. That has not cooled their jets like you might expect, however.

Microsoft has once again responded, although this time only notes it has received the feedback and is yet to confirm any action will be taken to return the taskbar functionality.

Then, you guessed it, another taskbar suggestion. This time, 10,500 users ask that Microsoft restore support for small icons in the taskbar. This feature is fairly self explanatory: it takes the regular sized taskbar icons and makes them quite a bit smaller.

Dragging and dropping files on the taskbar

We’re not done with the taskbar yet. While it was once possible to hold shift and drag and drop files onto app icons in the taskbar to open them, Windows 11 has abolished this feature.

Microsoft responds: “Currently, dragging a file onto an app in the taskbar to open it in that app is not supported in Windows 11, but we appreciate all your feedback, and we’ll continue to use it to help guide the future of features like this.”

Our first non-taskbar related feedback is related to another hot topic around Windows 11: TPM requirements. Users wish to remove the TPM requirement, but it doesn’t look like Microsoft is budging at this moment in time, responding with a link to a security blog on the reason for the TPM requirement.

The TPM requirement for Windows 11 has been controversial since it was first announced. TPM stands for Trusted Platform Module, and it is essentially a protected store of data and identifiers located on your PC. Its use is important for system security, but while most modern CPUs satiate the requirement without any extra hardware, the decision to require a PC with TPM 2.0 compatibility will block many with older systems from upgrading to the new OS.

The TPM requirement will also be waved in some instances, which further complicates matters.

Windows requirements are too high

Another source of controversy surrounding the Windows 11 announcement was regarding the minimum specifications for the OS. While largely hand in hand with TPM requirements, there are a few oddities in Windows 11’s minimum spec.

Microsoft says it has this feedback, but we already know the company is trying to support these older chips on Windows 11.

“As we release to Windows Insiders and partner with our OEMs, we will test to identify devices running on Intel 7th generation and AMD Zen 1 that may meet our principles,” the company has said.

A slightly less pressing suggestion by way of votes, but perhaps an important one nonetheless for laptop users, is that “Power plans no longer available via the battery flyout in Windows 11.”

Somewhat related to the taskbar again, flyouts are expanded information boxes that popup when a taskbar icon is pressed in the system tray area. One such flyout was available when you hit the battery icon on a battery-powered PC, and it would offer the ability to quickly change power plan in a pinch.

That’s unfortunately been cut from Windows 11, and laptop users want it back to save them a trip to the Power & Battery options within Windows Settings.

We know Microsoft is working to improve this ahead of the new OS’ release, so hopefully there’s movement on this feedback entry soon.

That’s about it for the Windows 11 requests with enough votes to get noticed. Microsoft hasn’t offered much in the way of definite action on any of the feedback so far, but I suppose it does have an OS to finish first.

If you want to join the feedback process, there’s still time before Windows 11’s release date. Just follow the steps outlined in our how to safely install the new Insider Preview build guide and start playing around in the future of Windows.