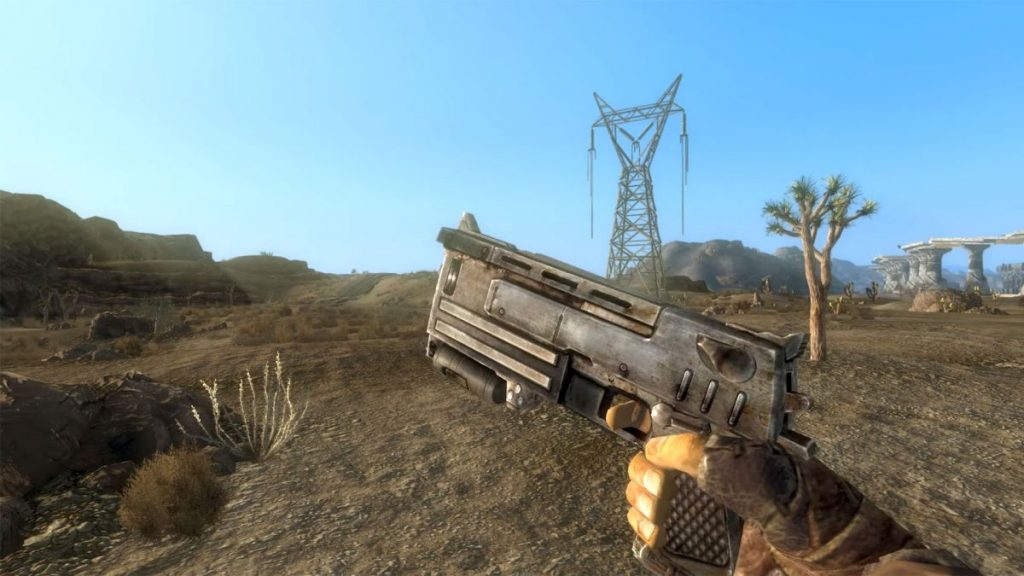 Fallout: New Vegas is one hell of an RPG, but its animations leave a lot to be desired, especially in a world where first-person shooter hands have done some pretty rad things. NexusMods user Hitman47101 is attempting to rectify that with some awesome New Vegas gun animation reworks. They’ve released ten new animation sets since August, with the latest, an overhaul of the Hunting Rifle animations, coming out today.

Eight of the ten mods released since August 3 are for various New Vegas firearms, while the other two are reworks of the RPG’s throwing knives and combat knife. Each mod reworks every facet of the weapon’s animations, from drawing and holstering to reloading and firing. While New Vegas is set in the far-off post-apocalyptic future, it’s always felt like a western to me, and these mods really help set that mood—and I appreciate that tonal shift to the past after the post-apocalyptic summer heat I just survived.

Speaking of that wild west vision, my personal favourite of Hitman47101’s collection is the full animation rework of the 10mm Pistol. I’ve always been the type of player who favours one-handed guns in Fallout as I roleplay a post-apocalyptic gunslinger, and this mod goes further than the others in letting me live that fantasy. Admiring the gun outside of combat, firing it at unsuspecting enemies, and even spinning it before sticking it back in its holster is just so satisfying.

It’s unclear if Hitman47101 plans to rework every weapon in the game, but for now, you can enjoy ten of their creations and keep up-to-date with their work on NexusMods.