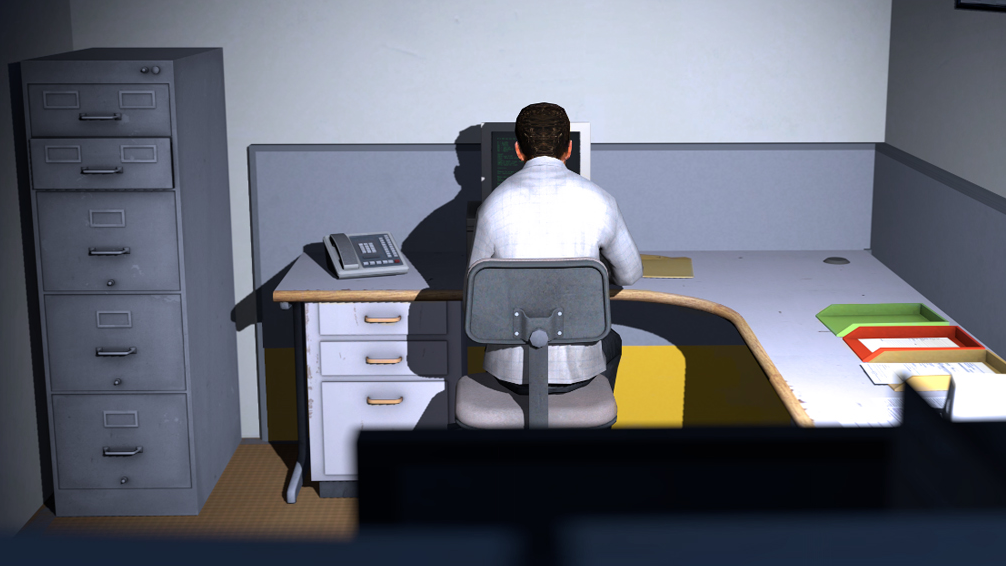 In a classic case of the PC gaming community asking whether it could, instead of whether it should, a modder has created a mod for The Stanley Parable (opens in new tab) that replaces the game’s iconic narrator (brilliantly voiced by Kevan Brighting), with Tiktok’s female text-to-speech voice.

The mod, created by a modder known as KabanFriends, overdubs the narrator’s lines with Tiktok’s relentlessly chipper TTS robot. It is apparently inspired by a similar mod (opens in new tab) that gives Portal the Tiktok treatment, replacing GLaDOS’ lines with the same voice.

The results are astonishingly cursed, and yet fit weirdly well into The Stanley Parable’s surreal world. I downloaded the mod to check it wasn’t just a joke (I mean, it is a joke, but I wanted to ensure it actually follows through on its premise, and isn’t merely a spoof video). As it turns out, the TikTok Parable does seem pretty comprehensive in its redub. I grabbed a video of the Tiktok parable in action, running through all the most defiant choices in The Stanley Parable.

At times, the TTS voice seems to struggle to keep up with the choices I’m making, cutting out some lines of narration to start new ones, but it still does a fairly decent job of delivering the lines, and the TTS’ upbeat tone works well even when the narrator starts losing their patience at Stanley.

I think the world is probably a worse place for the TikTok Parable existing. And yet I find it weirdly irresistible. If you want to be simultaneously repulsed and entranced by the TikTok Parable, you can download it here (opens in new tab). Note that the mod is specifically for the 2012 Source version of the Stanley Parable, and not the recently released Ultra Deluxe (opens in new tab)version of the game, which runs in Unity.