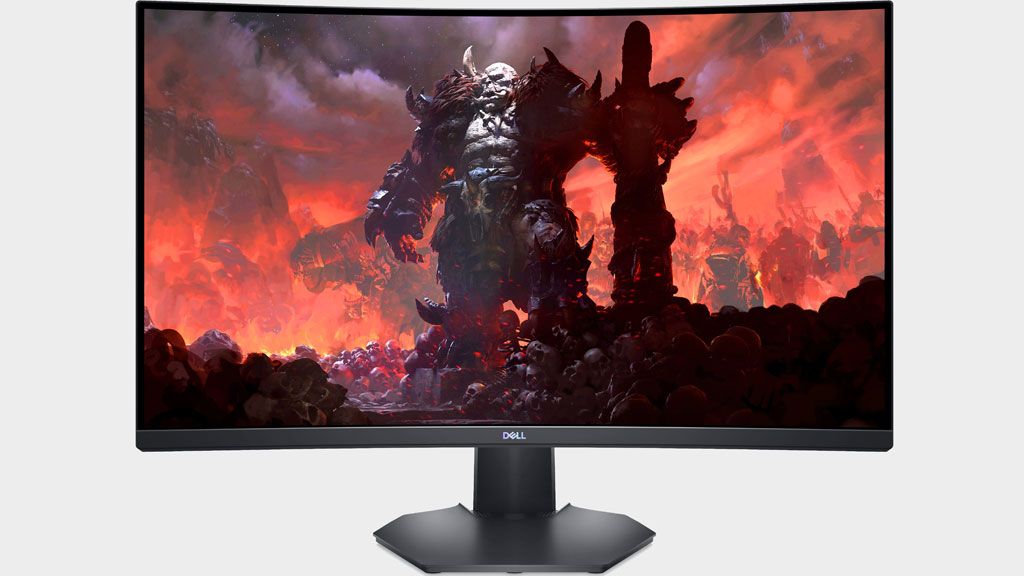 One of Dell’s newer gaming monitors is the S3222DGM, a 31.5-inch display with a curved screen and desirable specs for playing games. Though it’s a relatively recent addition to Dell’s monitor lineup, it’s already marked down a bit—you can grab it from Dell for $379.99.

That’s a savings of $170 below the “estimated value” on its product page. The only other place I’ve seen it listed so far is at Best Buy, which is asking $409.99, so the actual discount isn’t quite as steep. Still, the sale price represents a good overall value for the features.

Not to be confused with the S3220DGF, one of our favorite curved monitors for work and play, the S3222DGM is a newer and different model. How does it compare? According to a side-by-side rundown by the folks at Rtings, the S3222DGM gets a bit brighter, and is “a better choice” for gaming because of its faster response time and black frame insertion feature.

It gives up HDR support and some ergonomics, both of which work in the S3220DGF’s favor, but it’s also quite a bit cheaper—the lowest price I’ve found for the S3220DGF is $399.99 at Micro Center, plus $38.99 for shipping. So $438.98 if you don’t live near one of Micro Center’s stores. If you do, I’d say it’s a toss-up between the two, depending on what you value more, better gaming or better ergonomics.