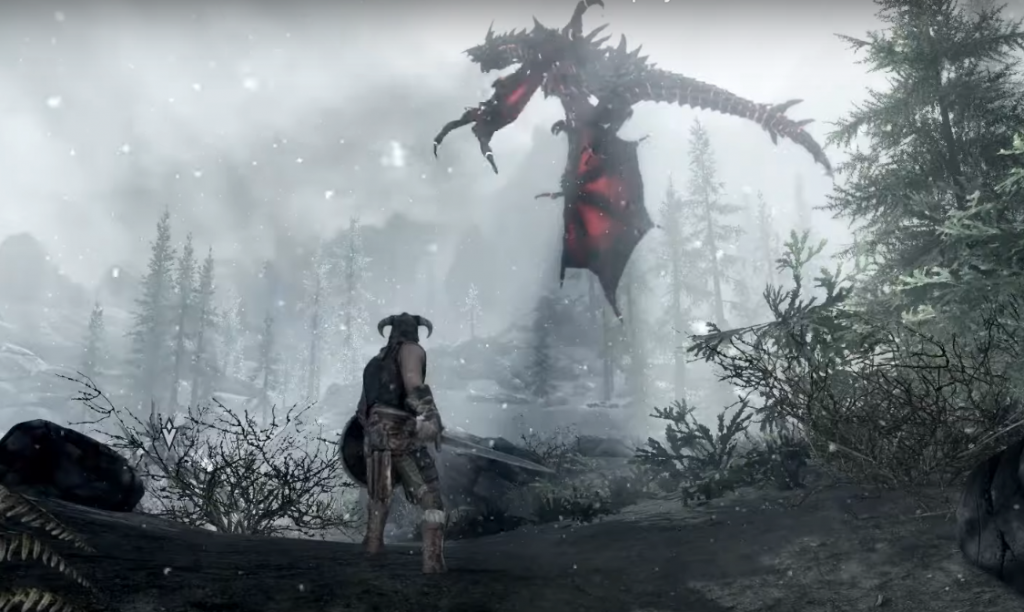 One of the truisms about Bethesda games, and I love them for it, is that they look hilariously bad in third-person. The default first-person perspective? You can almost hear the deep voiceover booming “epic fantasy adventure!” Stick it in third person, and almost immediately the voice transforms into yakety sax music as your avatar stiffly bumbles o’er the landscape.

There are already, of course, a ton of Skyrim mods that make various tweaks to the third-person view (here’s the best of the best Skyrim: SE mods). The big deal with the True Directional Movement mod (first clocked by Eurogamer) is not just that it allows full 360° movement, though this is the core feature. It’s ended up layering a bunch of other additions on top to make it feel like a more contemporary third person action game: such as, for example, a target lock which can also be used for aiming projectiles.

“The mod began as a small SKSE plugin which introduced the core feature: true directional ‘360°’ movement,” writes creator Ersh. “Then I realized that it needed a custom target lock component, because the available mods wouldn’t play right with it. Still, my vision couldn’t be 100% realized with the use of current mods, so I kept adding more custom features that I felt were still related either to the core idea, or to the other, already included changes. I tried to make each of them feel like it fits the vanilla game as much as possible.﻿”

Thus the mod lets you move and attack in any direction in third-person, use a target lock (with an animated reticule and enemy healthbars), projectile aiming support, mounted directional movement and camera fixes, support for both keyboard & mouse and controller, and a modular interface that allows you to turn all of these features on or off.

As Ersh notes with some well-deserved pride: “Unlike other attempts to achieve ‘360° movement’, this is not faked through clever animation/behavior modifications. The rotation of the player character is actually changed, and thus, melee, sprinting, and everything else works correctly.”

I mean, it looks amazing. There are a few steps to follow to get it installed, all detailed on the mod page, but nothing that experienced Skyrim-fiddlers won’t have come across before: the only definite roadblock is that you need Skyrim: Special Edition and not the original Skyrim. You can grab the True Directional Movement mod over at NexusMods.