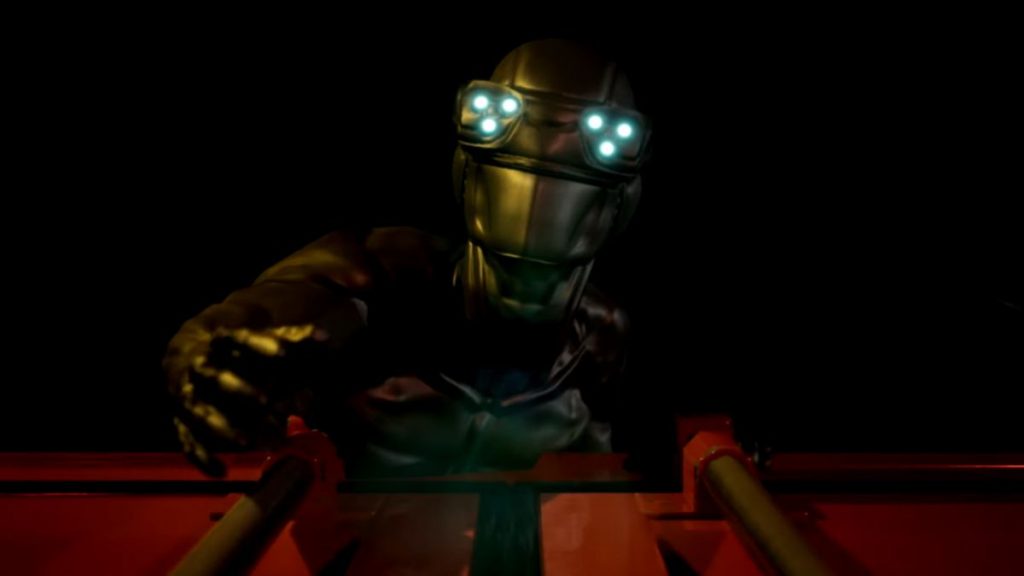 I sometimes forget that several games in the Splinter Cell series had an asymmetric multiplayer mode that stacked sneaky spies against musclehead mercs. It’s a formula that was changed and tweaked from game to game over the years, but the core elements remained the same.

This what it looked like in Splinter Cell: Blacklist:

It’s been a long time since we last saw a Splinter Cell game—Blacklist was it, in 2013—but an in-the-works indie project called Spectre aims to bring back that kind of multiplayer experience.

Being developed by Symbiosis Games, Spectre sheds the Tom Clancy trappings—the spies are an agency of unknown origin known as Spectres, while the mercs are an infamous, big-budget private military corporation called Reapers—but the gameplay roots are almost impossible to overlook. And in case there’s any doubt, developer Fred Toms told IGN that the game is “heavily inspired by the glory days of our favourite franchise,” that being Splinter Cell.

Interestingly, both Toms and his partner Jordan Crawford think the pinnacle of spies-vs-mercs gameplay is found in Splinter Cell: Chaos Theory, the third game in the series, saying Blacklist “removed some of that classic, slower-paced, nail-biting experience that stealth games used to offer” by speeding up gameplay and making the spies too dangerous. But they also acknowledged that that sort of gameplay probably wouldn’t fly today, and so they’re trying to adjust accordingly.

“A lot of our fans remember Chaos Theory with rose tinted glasses,” Toms said. “It’s an incredible game, even to this day, but we couldn’t release that today. The entire experience needed a huge overhaul to bring it up to modern day standards. This approach has been infused into every aspect of Spectre. We do, however, wear our inspirations very much on our sleeves.”

Spectre is expected to be out on PC by the end of 2021 with three maps, two modes, and one training mission per side, with more content planned after it’s out. Toms also said the team would be “absolutely thrilled” to add singleplayer content if the game is sufficiently successful, although “we’re not sure what that would look like quite yet.”

Spectre is available for wishlisting on Steam, and there’s a website with more that you can dive into at symbiosisgames.com. As for Splinter Cell itself, last we checked, Ubisoft was still jerking us around mercilessly: It recently announced a partnership with Netflix to make a Splinter Cell animated series, but a new game remains a distant dream. Hey, but at least we can play as Sam Fisher in Rainbow Six Siege, right?