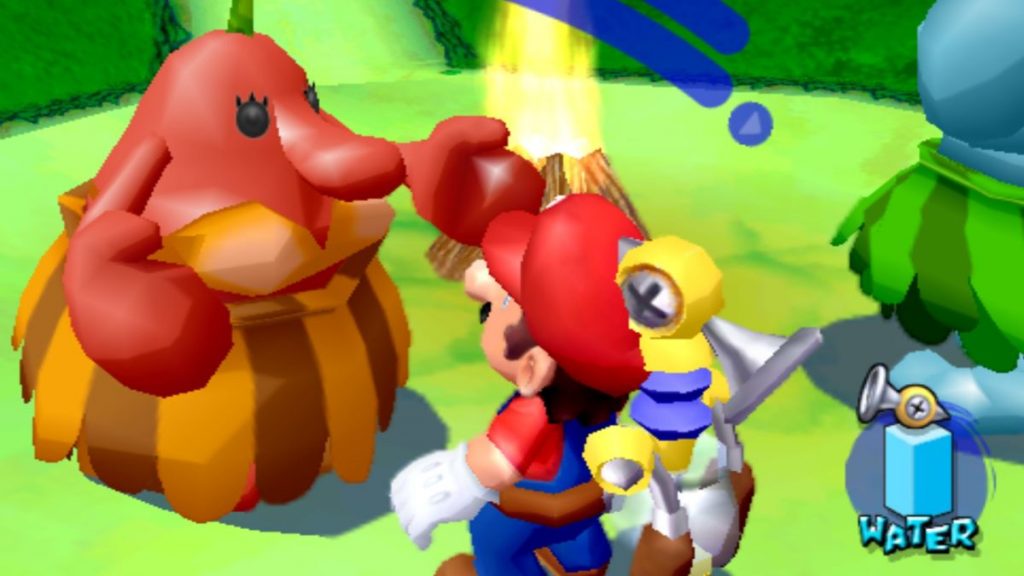 A group of modders have released the first major demo for Super Mario Eclipse, a fan remake and expansion of the original Super Mario Sunshine.

I spent a few minutes checking out the demo, and though it’s definitely still a WIP, a lot of the little touches that make Mario Sunshine a love-it-or-leave-it GameCube classic are still there. Nothing beats floating through the air or sliding on your belly via the F.L.U.D.D. water hose.

I spotted a very peculiar bit of Mario history in the Eclipse demo as well. Originally, Sunshine was going to have a huge two-legged version of the Strollin’ Stu called a “Tramplin’ Stu.” It was cut from the final game, but its file can still be found buried in the game’s code. After running around for a bit, I turn around and witness this horrifying monstrosity sauntering towards me.

The demo has a hub with access to several recreations of Sunshine’s levels, including Delfino Plaza and Ricco Harbor. There are also several new levels in the works, including a mountainous trail called Erto Rock, which gives you a bird’s eye view of the whole island. There’s even a strange Monkey Ball-themed level complete with obstacle courses.

Now it’s a painful truth that Nintendo is notoriously litigious against fan projects. Level Select doesn’t seem to be too worried about their work going to waste.

You can download the demo via the Super Mario Eclipse Discord channel, which also has instructions for downloading the GameCube emulator Dolphin and getting the demo working properly.