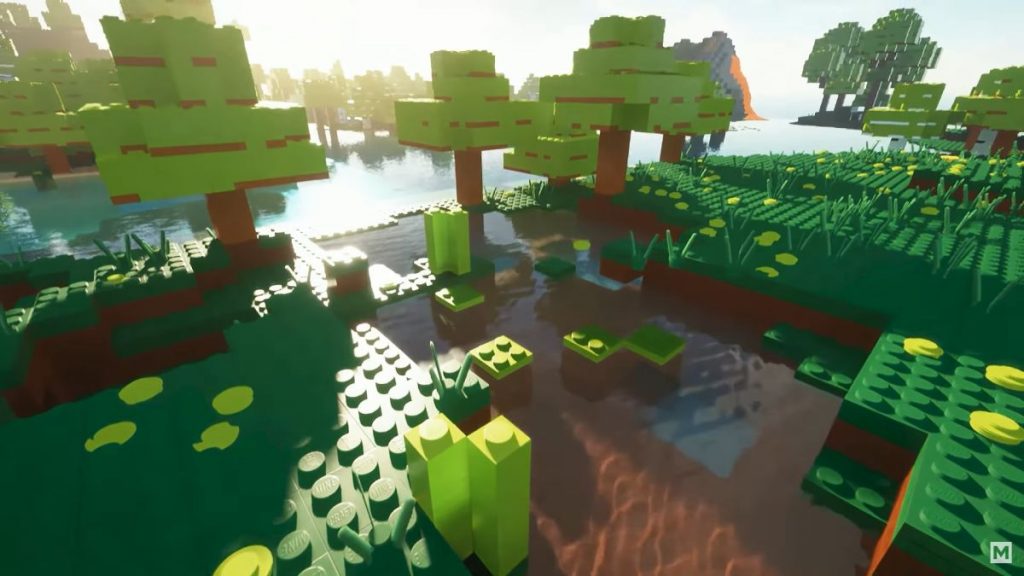 There are plenty of cool Minecraft texture packs that players can use to transform Mojang’s blocky sandbox, but I think this one is my new favourite of the lot. MineBricks, created by Macio6 Productions, is a texture pack that turns Minecraft’s classic blocks into Lego bricks.

Minecraft and Lego have joined forces in the past to create official physical sets, but the idea that you can now turn your in-game creations into Lego parts with this texture pack is awesome.

The detail is pretty amazing with each block having the Lego brick’s four iconic notches. Not only that, but Macio6 has made the texture pack work with some of the most popular Minecraft shaders, including Sildur’s Vibrant Shaders and SEUS Renewed, giving a spectacular sheen to each and every brick.

The best part is that players can download MineBrick for free over on the texture pack’s official website. The base download includes 128x and 256x resource pack resolution, but is also available in 512x and 1024 versions if you’re willing to part with the small sum of $5.

If you’re after more eye-boggling projects created by the Minecraft community, someone has made gorgeous IRL Minecraft blocks that look cool as heck and a builder has recreated the entire Breath of the Wild map. In other news, Minecraft’s most archaic server was brought to its knees by griefers which is pretty wild.