Home » Timberborn is launching in Early Access in September 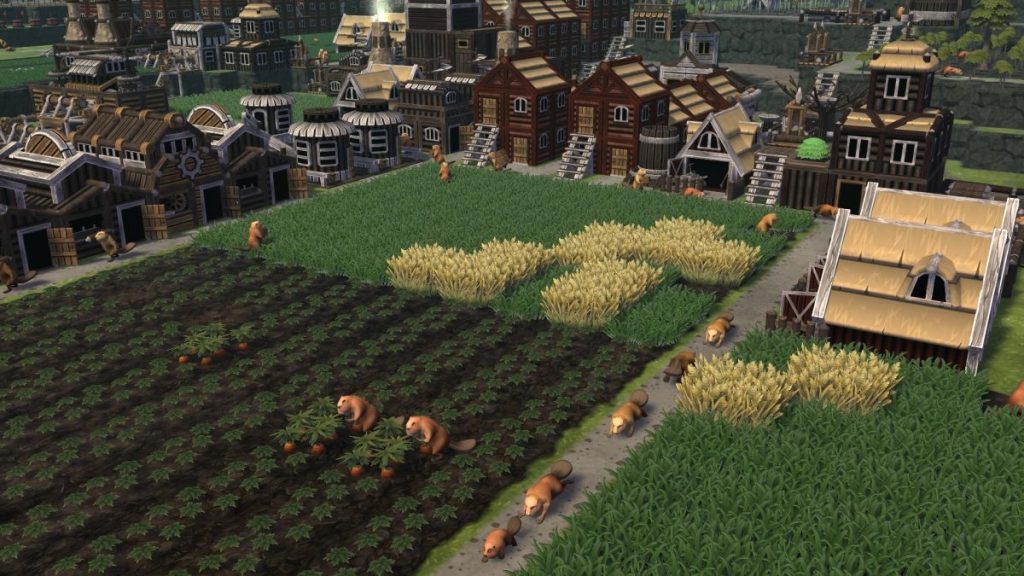 Timberborn ticks all of my boxes. Humans have been wiped out, the animals are now in charge, and beavers can build cities. Smart critters and no humans? Sign me up. Yes, my boxes are very specific. And you won’t have long to wait if you feel the same way, as an Early Access release date was announced during the Future Games Show.

The wood-obsessed beavers have swapped dams for civilisation, and they’ve learned a few new tricks, not least of which is using dynamite and constructing big ol’ machines. Wood seems to remain the primary building material, though, because these beavers haven’t forgotten where they came from.

Developer Mechanistry has hosted lots of playtests and demos, so hopefully it’s entering Early Access in a pretty decent state. This phase is expected to last a year, and during that time the team will be putting together more maps and designing at least one new beaver faction.

At the moment there are two playable factions, more than 50 buildings, and seven maps. There’s also a map editor, so you can make your own or download some community creations when you’re done with the official ones. The first mode available is an endless survival mode, so you can build away to your heart’s content.

Take Timberborn for a spin when it launches in Early Access via Steam on September 15.