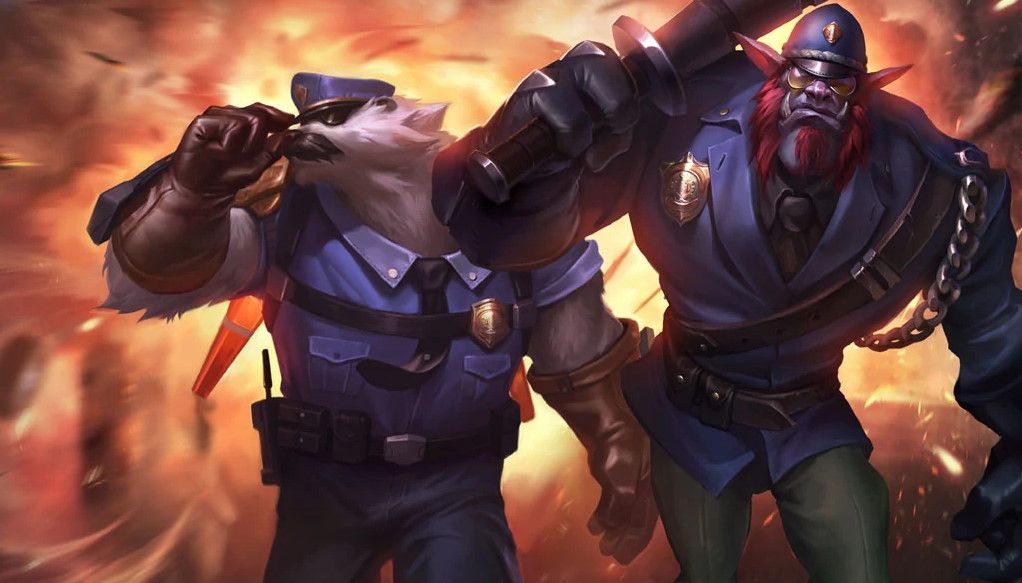 So you’re one of the top-ranked League of Legends players in the world, among the top 0.011%—a Challenger, in the vernacular—and as such, you decide one day to spend some time in a local internet cafe, honing your skills in your favorite game. As ordinary as an athlete walking into the gym, right? Alas, as reported by Chinese site Biajiahao, you have picked the worst possible day to do this, for three reasons:

◾ 1. As a Challenger, you’re kind of a big deal, and so this joint in the city of Chongqing that you’ve just sat down in has announced your esteemed presence, by name, to everyone there.

◾ 2. Among the customers is Zhang Yihao, a fellow LoL aficionado who also happens to be an off-duty cop who’s both attentive and good with faces.

As the story goes, when the cafe announced the player’s presence, Yihao wandered over to have a look—it’s not every day that you get to see a player of that caliber in action, after all. But when he got there, he thought they looked familiar, so he quietly snapped a photo, confirmed that it was in fact the suspect in question, and then—kapow!—he called in some backup and made the bust.

“I made an appointment to play a game, and then at noon when I went to the toilet, I heard it,” Yihao said in the video above, via machine translation service. “The strong king came online, and then I saw a man with a dirty pony tail that looked like ours before.”

(For the record, I think “strong king” is a spectacularly good name for a top-tier gamer, and we should all start using it in our day-to-day conversation.)

It’s not the sort of thing you’d be likely to see happen in the West—personally, if someone shouted “Andy Chalk is in the house!” when I walked into a shop I’d leave immediately and panic-scrub my social media presence—but according to win.gg, it’s relatively common in China for high-ranked players to get the red carpet rolled out for them when they log on. The purpose, aside from a bit of ego-fluffing, is apparently to encourage everyone else on the scene to keep grinding (and, I assume, paying for access) so that they too can enjoy the fame and fortune that comes with being among the best of the best. And let’s be honest—If Michael Phelps hopped into my local pool I’d probably want to make a big deal about it too.

After this, though, I have to wonder if some people might decide that maybe the quest for celebrity isn’t quite all it’s cracked up to be. It’s not clear what exactly this League-loving criminal was arrested for, but the Google-translated Baijiahao report concludes with a spot of trenchant wisdom that we could all stand to keep in mind: “You never know why your teammate suddenly hangs up.”