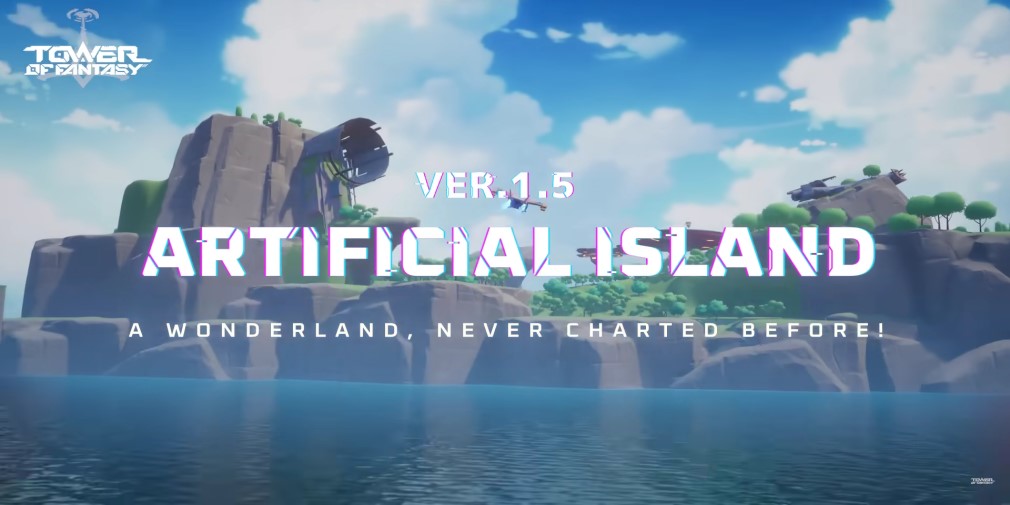 It has been a little over a month since Level Infinite launched Tower of Fantasy on mobile and it has already become a smash hit with over 10 million players. Today, the developers are releasing a new update, version 1.5, that brings a new explorable area, character, weapons, and lots of in-game events.

Kicking things off is the Artificial Island, an area different from the main world, which is unlocked when players reach level 50 and have completed a specific set of missions. Once all this is completed, wanderers will find themselves on a remote island brimming with supply materials and the gold, black, and super rare red nuclei. Players will have to put their thinking caps on as they will come across a lot of riddles to solve. On completion, everyone will also get a chance to create their own island with construction materials, servants, and pets.

The new character coming to Tower of Fantasy in the v1.5 update is Claudia, a Hykros Executor. Her militaristic demeanour may suggest that she’s an extremely cold-hearted person but behind all those hard layers, she’s like an older sister. Claudia always stands for justice and protects others before herself. She excels in single-hand sword combat with her Guren Blade which has Shatter and Charge abilities.

The update also introduces eight-person raids. Wanderers can now build teams of eight and engage in battle with the Interdimensional Frostfire Dragon boss, with Fortress Weaponry being the reward for defeating it.

Additionally, a bunch of login events and limited-time events will be held at the Aida Café too. Players must locate raw materials in the open world and then mix them up to create dishes that have to be served to three mysterious customers. All the prizes for these events can be found in-game.

Also, check out this list of the best open-world games to play on mobile!