Valheim has hot tubs now and you know what that means 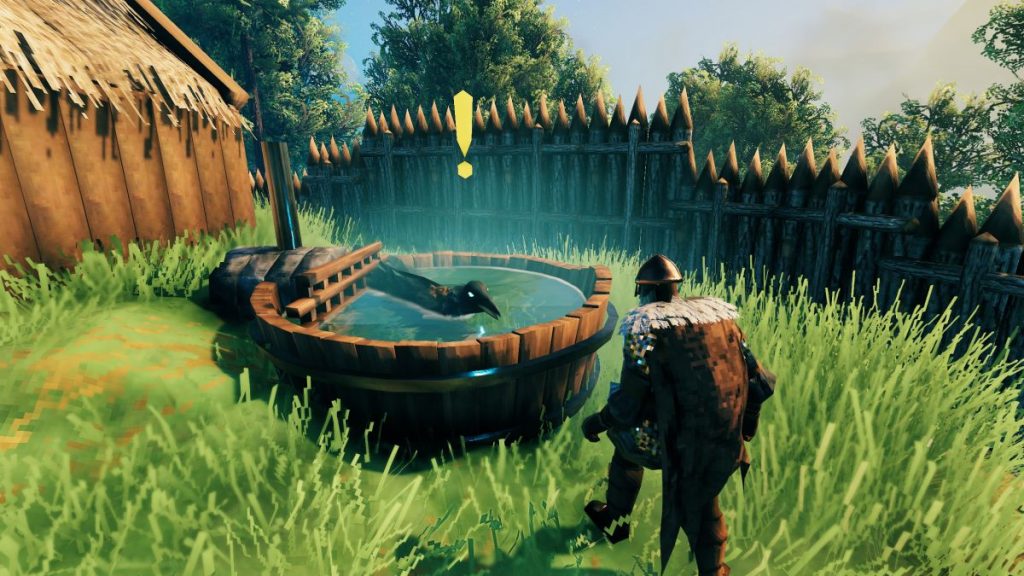 Valheim’s first major update, Hearth & Home, is now live and adds a huge amount of stuff to the Norse afterlife. The clue’s in the title: this adds many tools for players to create a fancier dwelling for themselves, as well as a plethora of new cooking options. It adds so much, in fact, that developer Iron gate hopes it will tempt players to start all over again.

The update’s contents have previous been detailed but there are still some surprises big and small. Players can now name their pets, share maps (via a cartography table), plant additional tree types, and destroy items with something called ‘the obliterator extension’. There’s an auto-pickup toggle, you beauty! The new recipes come alongside a reworked food system that allows players to “fine tune their Viking diet to suit their playstyle,” which in practice means most food items now give mainly stamina or mainly health.

And then the big moment, what we’ve all been waiting for: new types of furniture, including but not limited to a mighty stone throne and a steamy viking hot tub. Move over Tub Geralt, it’s viking time!

Elements of combat have been tweaked, including the blocking mechanic: now your current maximum HP greatly affects your ability to block attacks, and a stagger bar interface element has been added. All weapons have been rebalanced to be more viable as mains and to have more individual playstyles.

Also, it appears you can now make your lox fall in love with you.

“As the first major update, we wanted Hearth & Home to truly expand the Valheim experience and make the core gameplay richer and more complex while still adding new content for players to return to and explore,” says Henrik Törnqvist, co-founder of Iron Gate. “While it’s taken a little longer than anticipated to make sure it’s the quality people have come to expect, we’ve listened to our community every step of the way and with some much-requested features added we’re glad that they can finally get their hands on it.”

The big mystery with Hearth & Home, for the moment anyway, is the addition of some sort of goo to Valheim’s overworld. Across the plains you’ll now find slimy locations & creatures, which are doubtless building up to something that, as of yet, remains unknown.

Here are the patch notes for Hearth and Home: