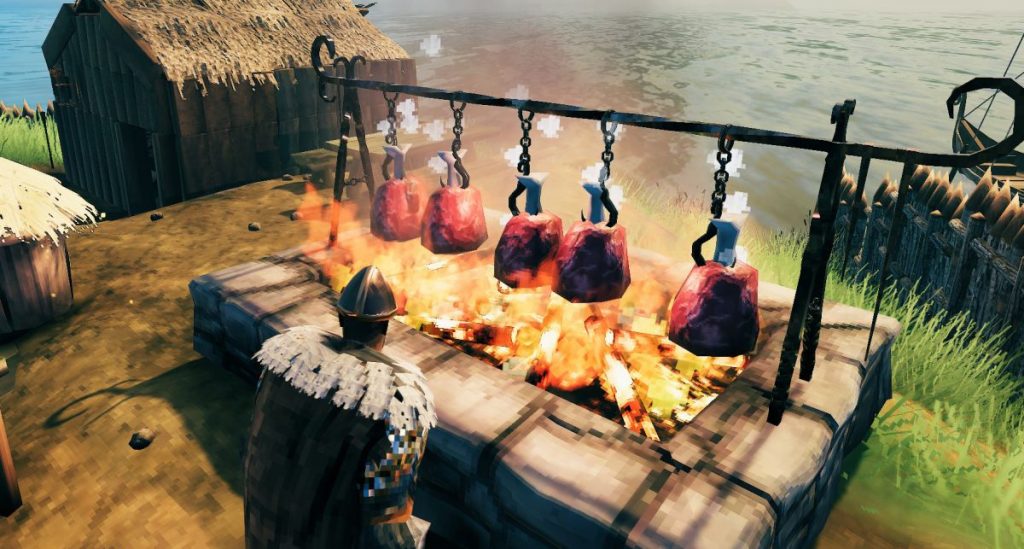 Valheim’s big Hearth and Home update arrived yesterday, giving players the long-promised rebalance to the food system. Meals were changed to mostly focus on primarily boosting stamina or health instead of giving considerable buffs to both as they used to.

For instance, serpent stew, which used to buff both stamina and health by 80 points, was changed so it only buffed stamina by 5 points. That was a massive adjustment to one of the game’s most useful foods. The combat rebalance in Hearth and Home also means that blocking and parrying is now based on health instead of stamina: The underlying idea was that players would focus on either stamina or health boosting foods depending on their combat playstyle.

But the rebalance doesn’t seem to have gone over too well with many Valheim players. If you want to chow down on health-boosting foods it’ll leave you without a big stamina bar, meaning even just running around will be more of a chore, let alone firing arrows or swinging an axe. If you fill up on stamina-based foods, you’ll limit your blocking and parrying ability. Some players have been enjoying the new, more challenging system, but many have complained it takes away a lot of options during combat.

And while people who play in co-op might have set fighting styles like dedicated tanks and archers, solo players have to do everything themselves. I personally start with bow attacks and swap to melee, blocks, or parrying when I get rushed. My playstyle is, basically, whatever I need at the moment. That’s considerably harder to do without an even balance of health and stamina.

Well, Iron Gate Studios heard the complaints and have released a patch today to rebalance the rebalance. Most foods have been tweaked: additional health has been added to stamina-based foods and stamina has been added to health-based foods, which will hopefully mean the new system isn’t quite as severe a change as it originally was. For instance, post-patch, serpent stew now buffs health by 80 and stamina by 26.

A few combat changes are included in the patch, too, including a reduction in the amount of stamina required to use bows and arrows. The patch slightly reduces hit points for fulings and fuling shamans (they’re tough customers) and makes staggering them a bit easier, too.

I suspect we’ll see more tweaks and re-rebalances in the near future as Iron Gate tries to arrive at a formula that makes the food and combat system more challenging and interesting but not as tough as it’s felt so far. And hopefully they’ll keep solo players in mind—I think this has been rougher for them than for groups.

Here are the full patch notes: