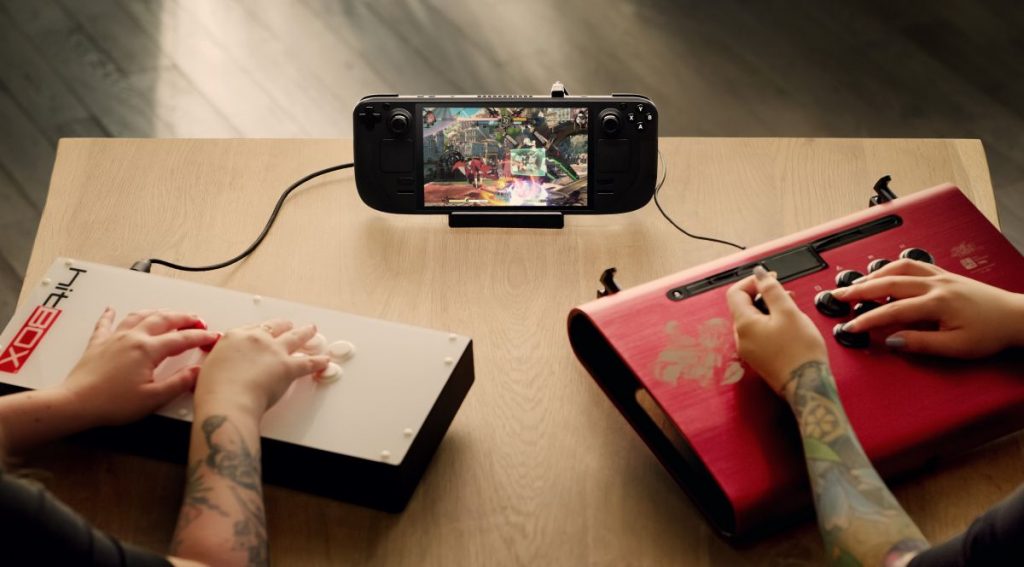 Valve’s Steam Deck handheld could be the start of something beautiful for Linux gamers; proof that the operating system is more than capable of running your favourite games on the go. Yet even before its launch the PC gaming handheld might be paying dividends for Linux gaming, as Valve and AMD join forces to improve CPU performance on the open-source OS.

Valve’s upcoming handheld gaming PC, the Steam Deck, is built around an AMD APU, which includes both a Zen 2 CPU and RDNA 2 GPU. It’s a Linux-based system, powered by SteamOS 3.0, an operating system switching to use the Arch Linux distribution. That means it will only be able to run Windows games via a compatibility layer, so for that Valve has Steam Play, also known as Proton.

The Steam Play compatibility layer is how the Steam Deck will run games built for Windows, which most are, and is very important for Valve to get working as smoothly and efficiently as possible.

As Phoronix notes, AMD and Valve are now working together on improving the performance and power efficiency of the ACPI CPUFreq driver, which directly relates to CPU frequency and power scaling, when used in conjunction with Steam Play.

“[The ACPI CPUFreq driver] was not very performance/power efficiency for modern AMD platforms,” Phoronix quotes, “a new CPU performance scaling design for AMD platform which has better performance per watt scaling on such as 3D game like Horizon Zero Dawn with VKD3D-Proton on Steam.”

Providing the existing ACPI CPUFreq driver is leaving performance on the table, which it reportedly is, a much improved driver should be able to give Linux more direct and effective control over the CPU for better processor performance with Steam Play.

Essentially, it will be giving Linux machines the means to better use the hardware at their disposal. That’s important when you’re trying to eke out every bit of performance from a battery-powered PC gaming machine such as the Steam Deck.

Valve hopes to nail down 30 fps gaming with the Steam Deck, and with the limited GPU power available onboard, it will need to make sure the operating system and drivers are as streamlined as possible to deliver.

I suspect Valve and AMD will both aim to push further optimisations to the Linux driver package in the coming months. Valve to give the Steam Deck the best chance when it arrives this December, and AMD to better support its hardware ecosystem with optimal drivers for its partners. And to better rival Intel, of course.