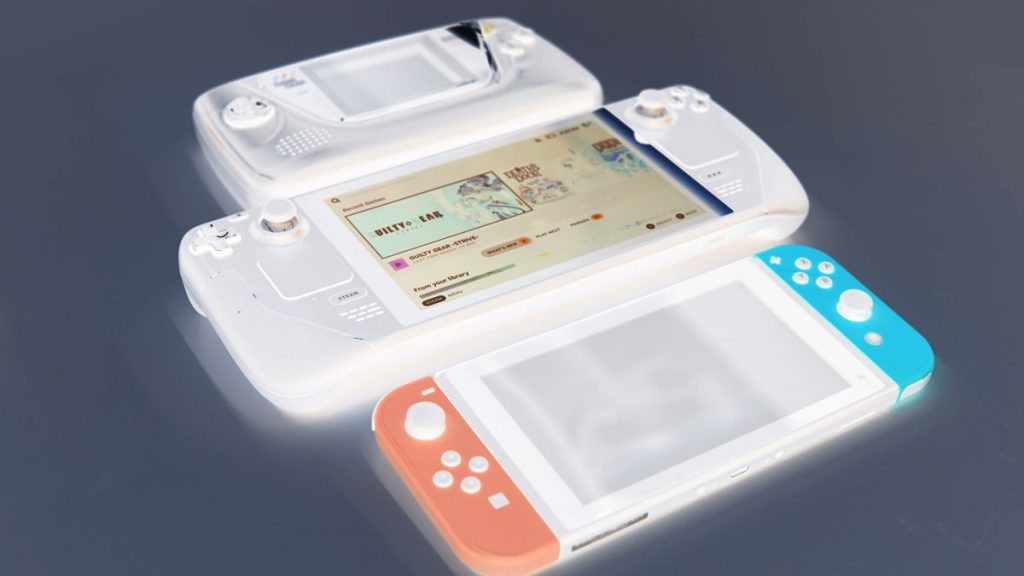 The Steam Deck isn’t going to be the last handheld gaming PC that Valve creates. Deck designer, Greg Coomer, claims it intends “to continue making devices in this product line” and that, while it hopes people follow suit, it’s not banking on other manufacturers joining in with their own versions.

Though that is something Gabe Newell himself has stated as one of the intentions for the Steam Deck, “to be establishing a product category that ourselves and other PC manufacturers are going to be able to participate in.” That’s a category that he thinks is “going to have long-term benefits for us.”

Coomer reiterates this during our recent chat with him at Valve HQ.

“We are hopeful that this category becomes an actual category where there are multiple choices within it,” he says. “We intend to continue making devices in this product line.

“But we also think it makes sense for other people to fill this space. So, if we’re right about that, then there will be more choices within the category, where other manufacturers are participating, making handheld PC gaming units themselves, and calling them something else.”

So, these third-party devices won’t all be called Steam Decks, just like they weren’t necessarily all called Steam Machines back in the day…

“Yeah, I guess it’s similar,” says Coomer. “Except that we’re not banking on that for the existence of the category, and we’re solving the problems ourselves. And we intend to continue doing that.”

With the Steam Machines, Valve was completely reliant on its PC manufacturing partners making and selling the systems it was promoting as a new kind of non-Windows gaming PC, one that was meant to use its first iteration of SteamOS. Unfortunately, SteamOS took longer than expected to ship, and the likes of Alienware ended up shipping their versions of the Steam Machine with Windows instead.

This time around Valve is encouraging other manufacturers to get involved, but is leading the way itself, developing both its own software and hardware hand-in-hand to ensure the best experience possible.

It certainly feels like Valve has learned a lot of lessons from its Steam Machines.

“But there are lots of other ways that you could skin this,” suggests Coomer, “with different features taking priority, different calculations on the cost vs. value benefits.”

He’s talking about taking different approaches to the handheld gaming PC than the all-in-one approach Valve has taken with the Steam Deck. This isn’t the only way designers can go, after all, where other manufacturers jumping into the burgeoning category could have completely different ideas about what makes the ideal portable PC.

“Somebody might want to, for example, make a version of this highly tuned for long battery life and streaming games from another PC. Which is a pretty interesting product. And, you know, it’s just one version that we’re not planning to do right away, that somebody else might want to… Lower cost, higher battery, very different architecturally, technically.”

This just highlights the different places that handheld gaming PCs can go, but the Steam Deck itself is a one-size-fits-all approach, offering both local gaming for when you’re 30,000 ft up in the air, and streaming performance that will deliver marathon play times. Here’s hoping it truly delivers on all the promises we’ve been made so far.