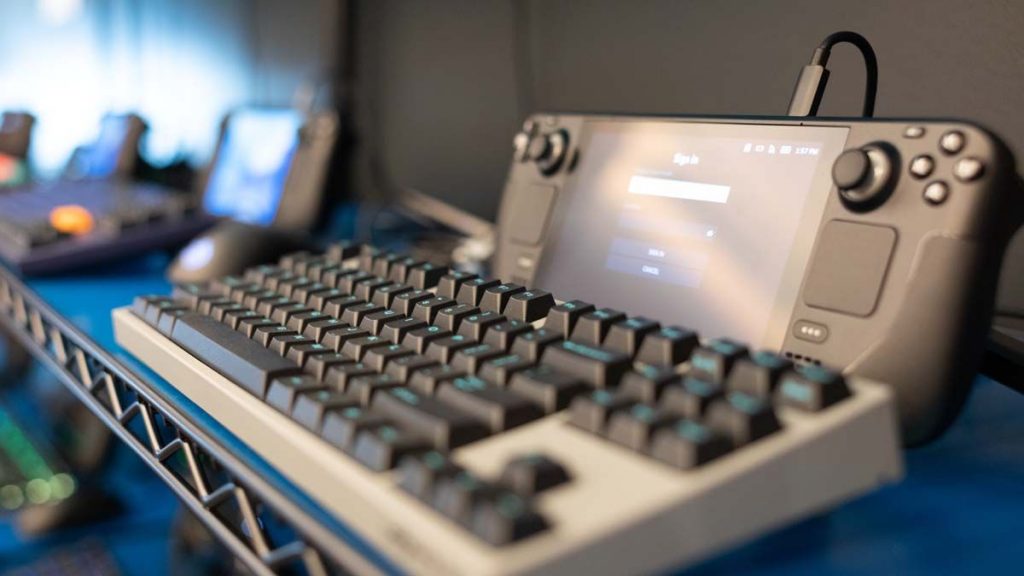 Steam Deck dev kits are making it out to developers, Valve has confirmed. It won’t be until December when we get our mitts on the handheld as customers, but in the meantime there’s work to be done to get heaps of games playing their best on the portable PC.

“All packaged up and ready for devs!” An update on Steam from Valve says. “This is one of the limited batches of Steam Deck dev-kits heading out today for partners to test their games. These engineering verification test builds allow us to connect developers with units that are functionally identical to what will ship to you.”

Here are some snaps of the highly desirable dev-kits all ready to go. I have to say the handheld plugged into a mechanical keyboard is quite an exciting prospect, even if a TKL board looks comedically bigger than the handheld itself.

The hardware component of the Steam Deck is basically signed-off at this point with the official specs list, but ahead of the Steam Deck’s launch Valve has a lot of work to do still on the drivers and on its Windows compatibility layer for Linux, Proton.

Proton is the name of the game for the Steam Deck, and it needs to work flawlessly to allow you to pick up and play any game on your Linux-powered Steam Deck as if it were running Windows natively. Valve says that will happen by launch, and that it considers a game not running on Proton to be “a bug”.