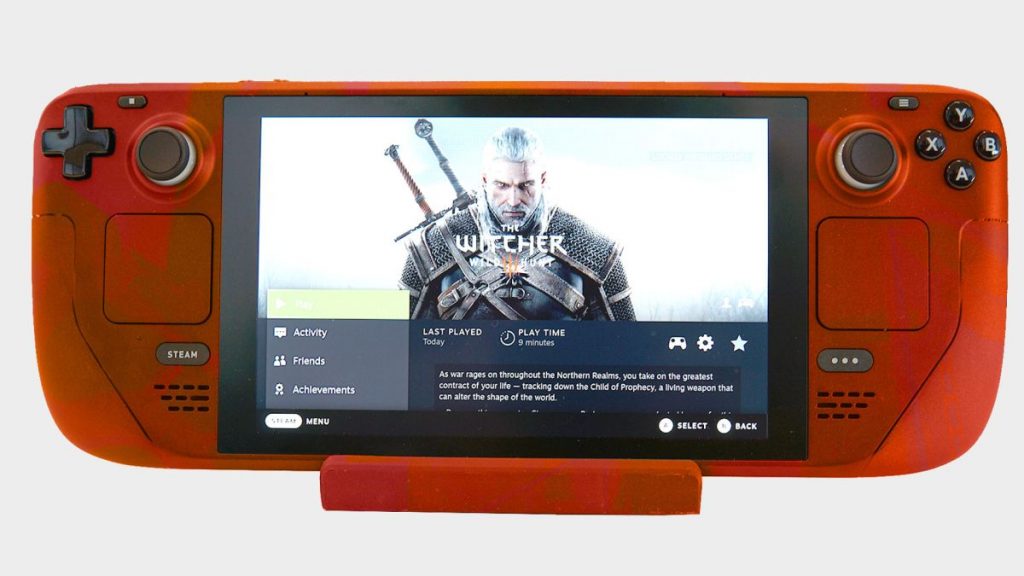 The upcoming Steam Deck handheld PCs could end up with a boatload more colours than plain old black and white. In a recent trip to Valve HQ we had a chat with product designers, Tucker Spofford and Greg Coomer, and were granted some insight into just how much thought is going into just choosing the colour of the upcoming Steam Deck machine.

“There was a lot of debate,” Spofford tells us.

“And also genuinely fun exploration around that stuff,” chimes in Coomer. “And even discussions like ‘well, can we have lots of colours?’ We had all those discussions. We are continuing to have those now.”

Whether this means we’ll be seeing multicoloured, pride-themed Steam Decks down the line is unclear. I’m holding out hope considering talk around colour options still doesn’t look to have died down.

At launch the Deck will only come in black, mostly because it’s just a lot easier to manufacture a single version of a piece of hardware than one that comes in many a hue.

“It’s essentially like a logistics thing,” Coomer explains. “Having a lot of SKUs in the market is just a lot more complicated. There isn’t really a better reason than that for right now.”

But that doesn’t mean we won’t get our many-coloured Decks in the future, especially if it is the success that Valve thinks it has on its hands. “We might do a lot more with that in the future,” he continues. “If this gets off the ground the way we hope it does, there’s just tons of opportunity to do that later.”

The initial phrasing of ‘fun exploration’ leads me to imagine a slew of Steam Decks with some pretty immense themes, honestly. I can imagine quite a lot, but we’ll have to wait and see if and when a further reveal comes. Though any change in the pure black colourway won’t be made until well after the initial launch.

There could be subtle pastels, or something more vibrant, maybe even patterned covers, but we’re at least predicting a more exciting range than just black and white for future iterations of the Deck. Hopefully they wont hit us with black and white dressed up with funky names, either. Like ‘Stormtrooper white’ or something—it’s still just white with black accents, dude.

I’ll be looking out for a Valve-orange Steam Deck, at least, because then I can call it my Orange Box.