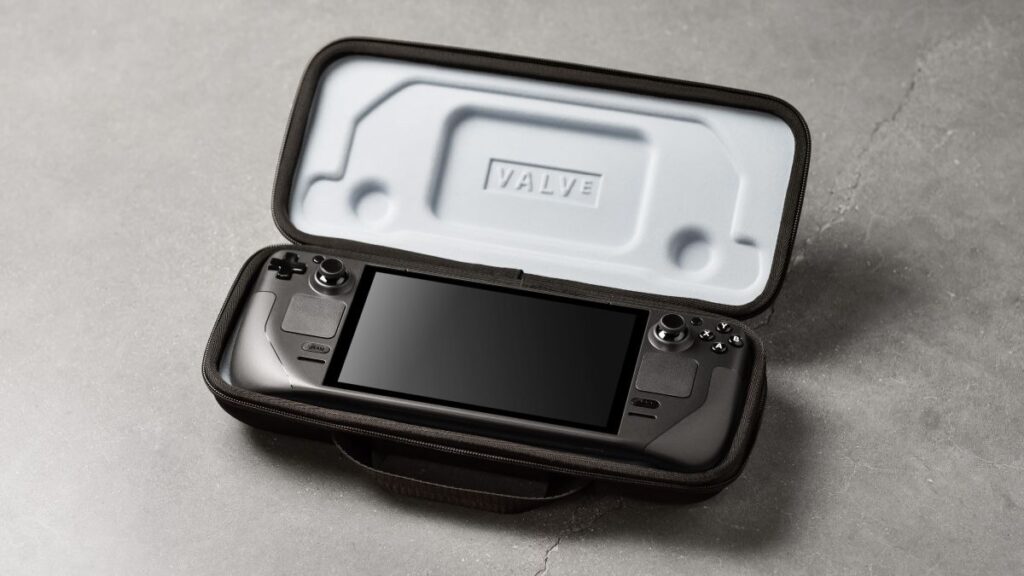 Ever since Valve announced the Steam Deck handheld PC, questions have been coming in thick and fast. Among them has been a great deal of speculation around replacement parts, along with whether or not any of the Deck’s components will be upgradable.

In speaking to Valve’s product designers, Tucker Spofford and Greg Coomer, we discovered the company is almost ready to reveal more on the subject.

“We’re getting questions about upgradability of components, replacement parts. Like, ‘can I take it apart?’ We’re gonna start answering more of those questions,” says Coomer. “There’s actually a fairly nuanced set of answers around all those things, because of a bunch of details that have to do with what happens when you take it apart, what all the trade offs are in the components that we’ve selected.”

All this essentially means is that there are some technical, practical, and probably safety considerations that need to be nailed down before any word goes out to the public.

With the Steam Deck being reminiscent of a desktop PC in a host of ways, it seems almost logical to assume a level of customisability, upgradability, or at least some form of swappable parts. We already know that it might be possible to replace the SSD in your Deck, though Valve has suggested you probably shouldn’t.

Swapping parts is kind of what we do as PC gamers, so why shouldn’t a console for PC gamers work the same way?

But the console-type design Valve has packaged its tiny AMD component masterpiece in has filled me with doubt on that front; it just doesn’t look very customisable at all. After all, slimline modern gaming laptops barely let you near them with a screwdriver, so it should come as no surprise that something even smaller may not either.

On the surface, the Steam Deck doesn’t have anything akin to the swappable controllers of the Nintendo Switch, for example, and with so many companies nowadays unwilling to face our right to repair, it’s been hard to imagine Valve encouraging us to take our Steam Decks apart.

But it seems there is more to be said on that front about the new handheld gaming PC.

That’s all we got out of them on the subject. We can’t say whether this means all three of the above will end up being swappable, or if Valve is just getting ready to let us down due to safety concerns.

Or if it’s going to say: go for it, you nerds, just don’t come to us when it all goes wrong.

What we can say is that this should all be cleared up in the near future when Valve prepares to open up, and hopefully give us the go-ahead to ‘open up’ our Steam Decks, too. Watch this space for more details.