Home » Warframe is getting crossplay and cross-save across all platforms, is coming to mobile

Warframe is getting crossplay and cross-save across all platforms, is coming to mobile 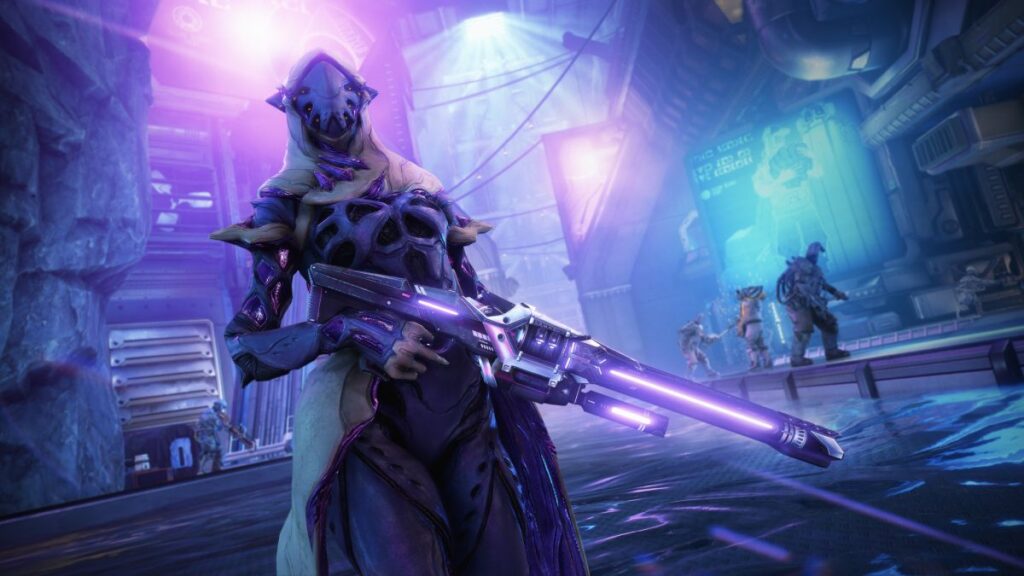 After years of fans begging for it, Warframe is finally getting both crossplay and cross-saves, meaning its player base will no longer be separated by what console they’re playing on. This also means that Warframe’s console updates (starting with the release of The New War later this year) will happen simultaneously with the PC update. In addition to that, Digital Extremes is also working on a mobile version of Warframe.

Revealed during TennoCon 2021’s keynote presentation, Warframe’s cross-save and crossplay functionality will let players seamlessly take their account from one platform to the next and also matchmake with other players on any console.

This is actually huge. Though crossplay and cross-saves have steadily become a more common feature in games, it was never a guarantee that Warframe would eventually have it too. Back in 2019, creative director Steve Sinclair explained that it was one of the “highest-risk things” Digital Extremes could do.

Sinclair hinted that the challenge lay not just on Warframe and its sometimes wildly varied expansions, but also implied there were issues in negotiating crossplay with the platforms themselves. Though Sinclair never named any names, Sony has been infamously resistant to let Xbox and Nintendo players team up with PlayStation users.

That all seems to be a moot point now, however, as cross-play is on its way. As a long-time Warframe player, this is incredible news. Though I typically play on PC, having the option to play Warframe on my Switch while on vacation—or on my Xbox from the comfort of my living room sofa—is awesome. And while I can’t imagine playing Warframe on my phone will compare, it’s nice that I could log in and knock out less intensive tasks like selling items on the player-run market or just tinkering with my builds.

It’s also great that I can now play with my friends regardless of platform. “Community is incredibly important to us and opening up Cross Play and Cross Save is just one of many more efforts we’ll take on to bring more players together including extending Warframe’s fast, fluid, action combat experience to other global gaming platforms,” Digital Extremes COO Sheldon Carter said in a press release.

There’s no word yet on when the feature will be ready, but Digital Extremes says it’s working on finishing the feature. This is just one of the big announcements out of Warframe’s TennoCon 2021 fan festival. Stay tuned as we’ll have more as the presentation continues.