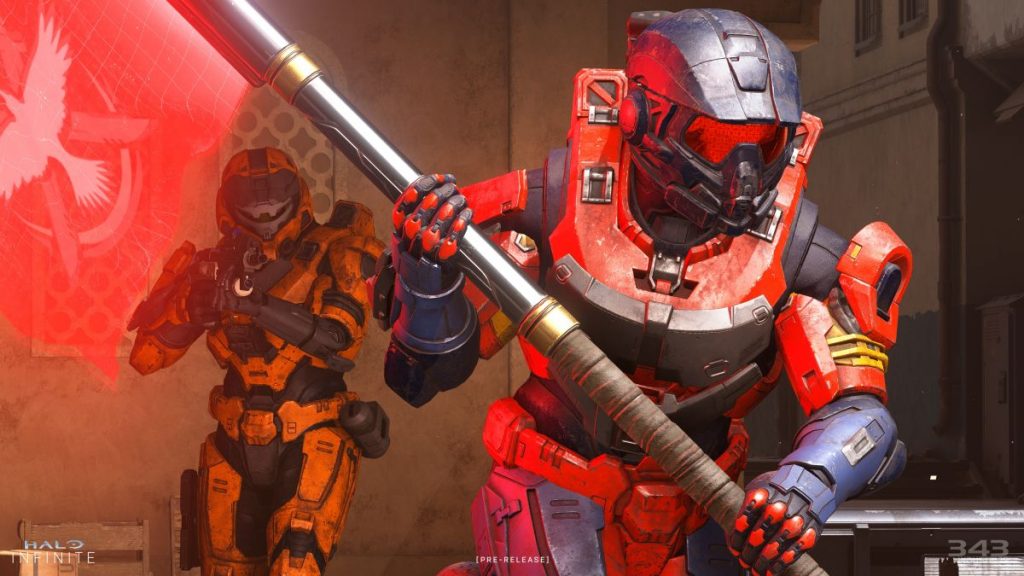 343 Industries put on a stream today going over what’s to come in the Halo Infinite technical preview that Halo Insiders will be playing this weekend. The preview stream for a preview build touched on a lot of nitty-gritty details that Halo fans will find interesting, like the new Academy aim training mode, the slew of new settings available to both console and PC players (including an FOV slider on Xbox), and the ability to drop weapons on-the-fly without having to swap one out for another.

It was a fun little stream that definitely got me more excited to play the technical test, but the highlight came at the end of the stream when 343 ran a full multiplayer match of Slayer on a new map called Live Fire. You can watch the entire match running on an Xbox Series X above.

I’ve been getting good vibes from Halo Infinite since the brief multiplayer reveal back in June, but after watching a full match, it really does look like next gen Halo. Microsoft has been positioning Infinite as the perfect Halo for fans of any of the games, but from a gameplay perspective, it strikes me as a direct follow-up to Halo 5. The return of mechanics like sliding, sprinting, mantling, and zooming on standard guns means that Infinite will probably be faster than any Halo match you can load up on the Master Chief Collection.

Movement has definitely been toned down from Halo 5, though—the Spartan Charge, ground pound, and lateral boost mechanics appear to be gone completely. In their place is the return of equipment found on the map. During the Live Fire Slayer match, we see several players drop a polygonal energy shield.

I also noticed that a few of the new single-fire guns on display are a little… spammy? You can definitely see players pumping out shots at a high fire rate with the new VK78 Commando DMR and MK50 Sidekick pistol that appears to be the standard sidearm in Infinite. Past versions of Halo DMRs and pistols discouraged rapid-fire with escalating bullet spread, but these new versions stay surprisingly accurate no matter what. It’s a potentially major change in feel for two iconic weapons in the series. Higher fire rates certainly aren’t a bad thing (I may actually prefer it), but it’s worth noting for Halo traditionalists who may be expecting differently.

We also see some changes to visual feedback. Teams are no longer defined by red or blue, so teammates will now be signified with blue edge highlights and silhouettes that can be seen through walls. Enemies have an opposite red glow that is sometimes visible and sometimes not, as far as I can tell. It’s hard to know exactly when the highlights fade based on this short clip, but you can certainly pick out a foe when you shoot and their shield is red.

These are the kinds of details that I will enjoy agonizing over when the Halo Infinite technical test period opens up. The test is running from Thursday July 29 to Sunday Aug 1, so don’t miss it if you’re lucky enough to get in.