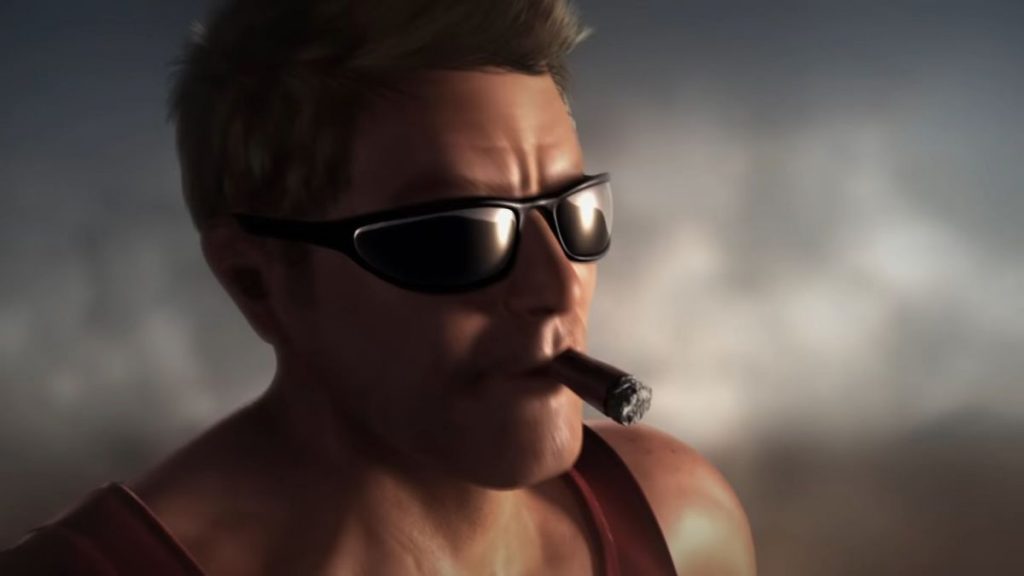 During some of the many years in which a follow-up to Duke Nukem 3D was in development hell, a prequel called Duke Nukem Begins was worked on at Gearbox—an origin story detailing what I’m sure would have been a rich backstory for the character. A studio called Janimation were hired to make a cinematic demonstrating Duke Nukem Begins in 2008, before the game was put on hold and finally canceled thanks to a legal dispute over the character.

The video was directed by Gregor Punchatz, who also worked as a modeler on the original Doom games and Rise of the Triad. Punchatz previously leaked some of this footage in 2019 and has decided to upload it now in full, “Because it is still a piece I am damn proud of,  I am releasing it 13 years after its creation. The whole team that worked with me deserves to see this released into the wild. I hope this somehow resurrects this version of the game by showing the world how awesome it would have been…”

This mock-up shows Duke Nukem Begins as a third-person shooter with four-player co-op in which Duke dual-wields pistols and shotguns as well as using a pig’s arm as a melee weapon. He also has some of Duke 3D’s memorable weapons, the shrinker and freezethrower, but it’s kind of odd to see Duke in third-person. I guess the series started as a 2D platformer, so there wouldn’t be any reason to keep it an FPS, and it would have been hard for it to come out worse than Duke Nukem Forever eventually did.