Home » Watch a Warhammer 40,000 animation from Warhammer+ free for a limited time

Watch a Warhammer 40,000 animation from Warhammer+ free for a limited time 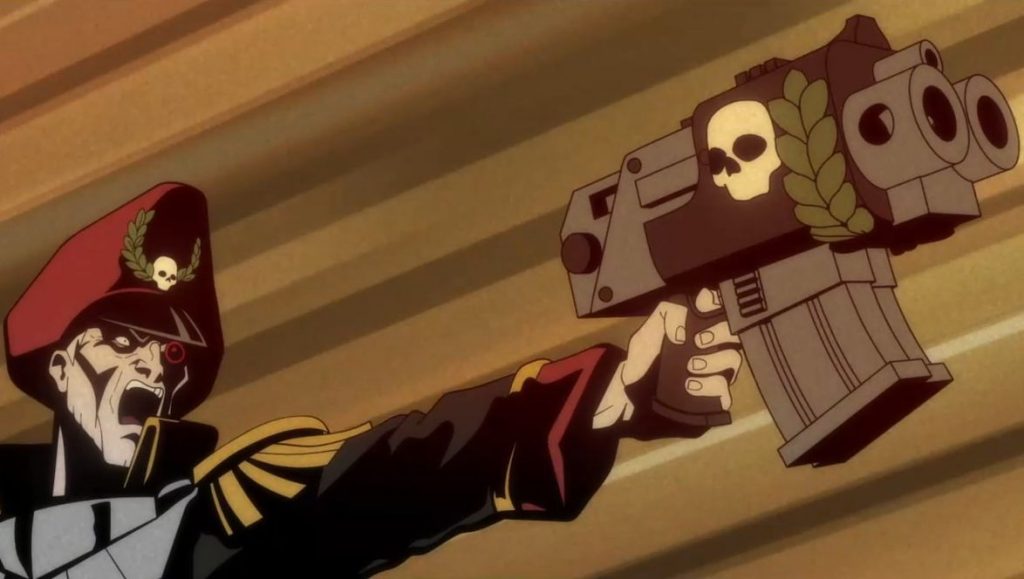 When it was first rumored that Games Workshop were planning a streaming service, it seemed like kind of a naff deal. We’ve already got too many TV subscriptions, who wants to sign up for another one? (Even if it did end up providing a refuge for all the fan animators GW hired before the updated IP guidelines cracked down on them?) But Warhammer+ turned out to be more than Netflix with orks, providing access to an archive of magazines and ebooks, in-house hobby shows, premium access to official events, exclusive minis, apps, and so on.

Still, if it’s the animations you’re interested in, GW are letting us watch one for free ahead of the service’s launch. It’s an episode of Hammer and Bolter, an anthology series of self-contained stories. This one’s called Old Bale Eye, and it involves orks retelling the story of one of their greatest enemies, Commissar Yarrick, and his long war against ork warlord Ghazghkull Thraka. If you’ve ever wondered what anime would be like if it was extremely British, here’s your opportunity to find out

Old Bale Eye will be up for free until Sunday 12pm BST, which is 4am PT and 9pm AEST. Warhammer+ launches on Wednesday. And here’s every Warhammer 40,000 game, ranked.