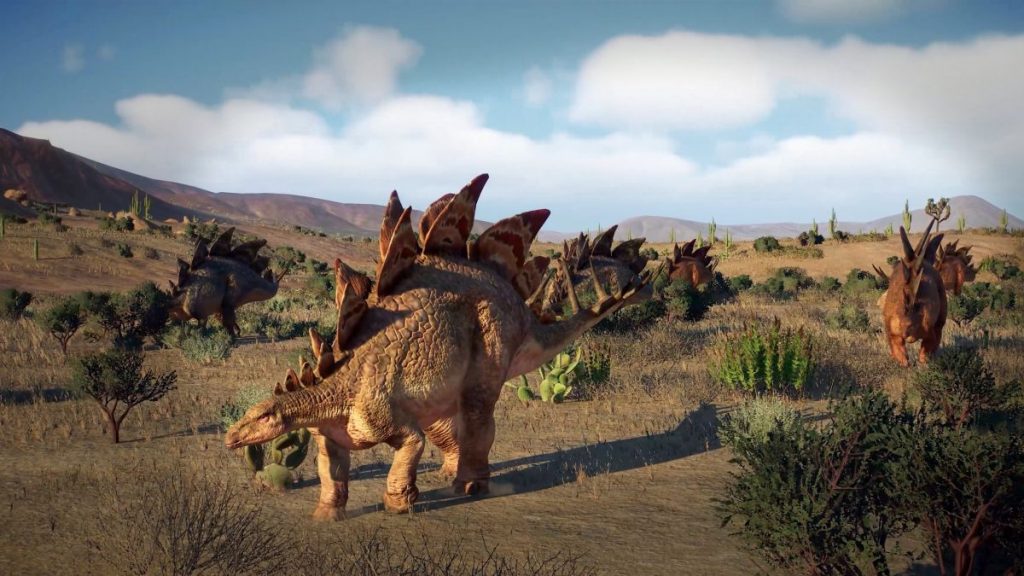 Together with actor and “dinosaur expert” Jeff Goldblum, Newbold showed off two new dinosaurs that will be added to the reptile roster: the sea-dwelling ichthyosaurus and the long-breaked cearadactylus. These two dinosaurs are part of the many new flying and marine dinosaurs being introduced to Jurassic World Evolution 2, alongside its other 75 different species.

Newbold also talks about the park sim’s new environments, which are a big deal due to Jurassic World Evolution 2 no longer being limited to just the Muertes Archipelago. The game will include mountains, deserts, snowy peaks, and a bunch of new terrain dangers, challenging players to protect their parks and dino residents from environmental hazards like ferocious sandstorms and heavy rain.

Jeff Goldblum is being typical Jeff Goldblum as he reacts to the dinosaurs, casually chatting about how the cearadactylus’ looks “mean” (which he’s right, it totally does) and his recent encounter with a barracuda. Goldblum will be returning to the game voicing the iconic Dr. Ian Malcolm, a character he has played in previous games and the Jurassic Park films.

Jurassic World Evolution 2 releases on PC on November 9 and, from what we’ve seen so far, successfully gets back to the pure wonder of just seeing dinosaurs.