Home » What working on Amazon’s Lumberyard engine was like 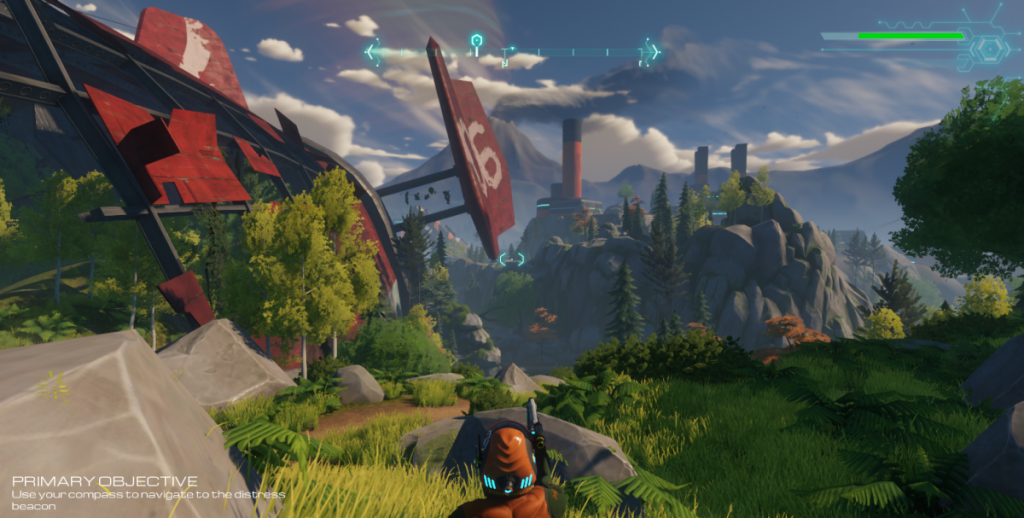 PC Gamer recently sat down with the co-founders of The Machinery, a new contender among game engine companies. Tricia Gray was the head of marketing for Amazon Game Services in 2015-2016 and worked on the company’s seemingly ill-fated Lumberyard engine project: an engine that began as an original project before being reworked into a conversion of sorts of CryEngine. In a surprising move, Lumberyard has recently been made open source by Amazon, so I asked about Gray’s time at the company and what she thinks of Lumberyard’s prospects.

PCGamer: You’ve had lots of experience at different engine companies, what was the Lumberyard project like?

Tricia Gray: When I finally went over to Lumberyard and you know, worked on the CryEngine licencing, trying to put it over Lumberyard, I found myself just working at this big company, and it was taking forever to get anything done because you have to write all these like dissertations to even, like, get a booth at GDC made. And I saw them like kind of a boys club, you know, it still is, and working in the games industry for 25 plus years I’ve endured a lot.

And I was just like, you know what, I think that I really need to be my own boss. I really want to build a culture where you know, where everything’s inclusive, and you know, people have accountability, even myself. So if I fuck up on something, you know, I’m gonna get in trouble for it. And I have to have accountability for it. Because I just kept on seeing people just get away with you know, stuff, whether it was harassing somebody or whether they’re not doing what needs to be done for the game or the engine or whatever the case is.

Amazon’s had what looks like a protracted, troubled engine development project there, what do you think of the open source move?

TG: We love open source so yeah, I thought as a person that worked at Amazon and worked on Lumberyard, I thought that was the smartest thing they did so far with that engine. And I mean if we could open source everything we would live in a, you know, nice world. One of the things we pride ourselves on with our engine is that our source looks really good. So I like all the other engines to show their source so people can compare. I like that. But we started diving into their stuff, though, like recently, and because they’re doing Linux stuff, and we’re, you know, we’re big Linux supporters too. And, like, yeah, we’re just like, peeking under the hood.

But, you know, ultimately, some people are like “are you worried now that [Amazon is] open source” and stuff. And we’re not really worried because I think if we deliver something that gives value to our customers, they will be willing to pay for it. If we save them a month’s work, then paying us like a week’s salary is still a great value proposition.

Also… open source in itself, I mean it’s good in general, but it does not solve all the problems with an engine. You still need direction, because sometimes what happens is like when you have a main developer on a project, and they don’t feel like maintaining it anymore, because it’s too much work. They’ll be like, Oh, it’s open source, so anyone can do it. And then you get like all these branches, different people and like, who is really in charge of this project? And I think we’ll have to see how that goes with Amazon. It’s still a bit unclear. They created this foundation for it, but how are they actually going to lead the work?

I think [programmer] Godot is doing a good job with that, Lambda is doing an awesome job, we like having a foundation that leads to open source but who knows how it’s gonna go with Lumberyard? I think Lumberyard is still around, right, as a fork of the open source, but a bit confused on that.

Amazon’s had such a bad run with gaming so far: Crucible was a complete failure, but many other projects haven’t even made it out of the door. What’s going wrong there?

TG: Working there, when I started working there the budget I got was amazing. I could hire like, I almost thought like stars in my eyes, oh my god, I’m gonna be able to do like, all the things I’ve always wanted to do when I’ve been at all these other companies. But when you work at a big company there’s a lot of bureaucracy you have to go through. And that’s the thing. When I started this with these guys, I was like, we cannot be slow, we have to move fast, we have to be able to pivot, we have to be able to like throw away code, throw away ideas on the fly, if it’s not working out. If customers are upset about a certain feature, we need to fix it. We can’t just be writing up all these, you know, PowerPoint presentations or theses to like, try to think about our philosophy about solving this. I really wanted us to move fast to catch up with like, how development goes in the games industry.

When you start to grow your company and even when you’re over like 30 people, it starts to get a little slow, but when you’re over hundreds of people, there’s lots of red tape you have to go through to get anything done. Or even you’re building components like, oh, we’ve got a store, and then we’ve got like, you know, 300 people going through all the stuff. Oh, what’s wrong? Oh, can you help them? It’s slow.