Home » Why Deathloop’s kick is so satisfying

Why Deathloop’s kick is so satisfying 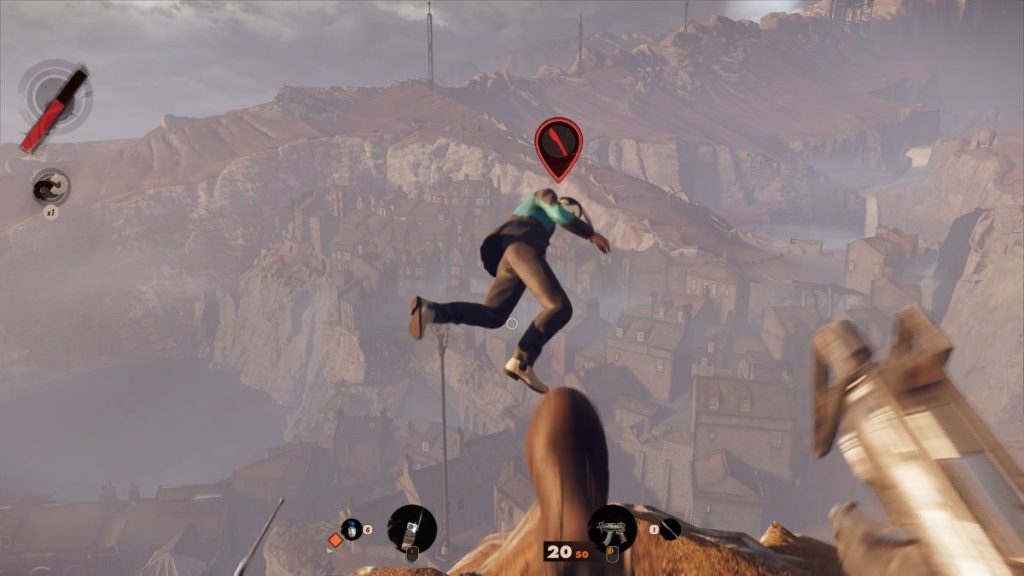 Deathloop is a fantastic game but one aspect of it that has an especially delightful gamefeel is the application of Colt’s ginormous boot of justice to enemy posteriors. God the kick in this game is amazing for all sorts of reasons, but prime among them has to be just how far the baddies go flying once you’ve unleashed the beast.

It’s worth saying that this is not Arkane Lyon’s first rodeo with a satisfying kick: the studio’s flawed-but-kinda-great Dark Messiah (2006), as our own Fraser will tell you, has long been the best RPG around for killing things with your foot.

Dinga Bakaba is Deathloop’s director and, as it happens, a capoeira teacher (a Brazilian martial art that incorporates elements of dance and music). He’s been enjoying watching players stick the boot in, and so shared how the kick found its way into the game, and how it developed from that point.

As a capoeira teacher, it’s very pleasing to see so many folks getting joy out of kicking people. How kick got into the game is a fun bit of game dev trivia: https://t.co/gFhCdlKM2ySeptember 15, 2021

“When we made the first player versus player prototype, we had a parry like in Dishonored,” writes Bakaba. “But the host player had too many frame advantage compared to the invader due to network latency. Timing for a successful parry was too different from when playing in either role and vs NPCs.”

Fromsoft’s always had a similar problem with Souls PvP, of course, which has improved over the series, but the parrying online remains just a bit annoying and something players have to accept and work with. Bakaba is probably too polite to mention this, but it’s clear that while taking inspiration from those games for Deathloop’s own invasions, Arkane Lyon didn’t want to bring over the problems too.

“We thought about it for a bit with [fellow designers] Jonathan Foudral and Jerome Brown I think, and then came to the conclusion that [the parry] would never work,” writes Bakaba. “But just attack and block was boring, and that actually felt like fencing fights, not machete rampages. And was useless against ranged NPCs.”

“So we said hey, fuck defense, let’s replace it by a boot kick in the gut.”

The results of which can be seen in action below.

Bakaba went on to outline the characteristics that would give this move the ‘oomph’ it needed: the kick “will interrupt a machete attack, it can shove firearm-wielding enemies when out of ammo, it’s not as timing reliant. But to not be dominant it stuns on hit and throws only if there is something behind. The stun chain of kicks wasn’t fun, so we added the rule that if you kick a stunned enemy it throws them. Shots from big gun also stun and open for throw.”

Essentially: it didn’t send enemies flying all the time, at first. Then over time, it started to send them flying big-time. “And then, it was 2 years of Jerome Brown tweaking it to perfection (meaning: making it more potent every day, very gradually).”

It is a very potent kick indeed, and it says everything that in a game filled with so many weird and awesome gadgets, players are united in their love of just booting bad guys off the edge of things. It just feels fantastic to watch them fly through the air, like god’s in his heaven and all’s right with the world. Just thinking about it makes me want to load up the game and give it some welly.

“So when you kick someone in Deathloop the next time and it feels good,” ends Bakaba, “please yell a ‘fuck defense!’ on our behalf.”