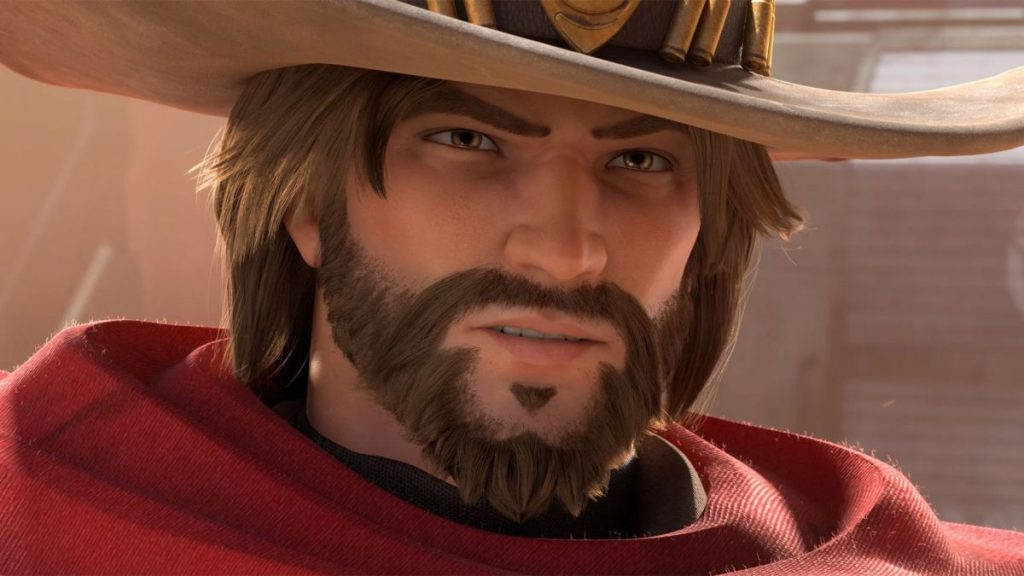 McCree, with his rootin’ tootin’ personality and trusty six shooter, is one of Overwatch’s most recognizable heroes. That’s created an awkward conundrum due to the fact that McCree is named after a former Blizzard developer, Jesse McCree, who is linked to the now infamous “Cosby Suite” mentioned in the sexual harassment and discrimination lawsuit against Activision Blizzard. With many in the Overwatch community calling to change McCree’s name, some of the Overwatch League casters have found their own solution: refusing to use it entirely.

As Kotaku reported, fans noticed during a recent game that Overwatch League casters Brennon ‘Bren’ Hook and Josh ‘Sideshow’ Wilkinson were sidestepping saying “McCree” while commentating matches, instead referring to him as “the cowboy.” After fans began pointing it out, another Overwatch caster, Mitch ‘Uber’ Leslie, said he supported the idea.

In a statement to Kotaku, Hook explained that it was a “personal decision” by him and Wilkinson to stop saying McCree’s name while commentating matches, and a Blizzard spokesperson also confirmed that there was no official directive ordering casters to avoid saying “McCree.”

But a lot of players want Blizzard to take action and rename the character.

In the wake of the news that the state of California is suing Activision Blizzard over alleged widespread sexual harassment and discrimination, McCree was one of several developers implicated in the Cosby Suite scandal first mentioned in the lawsuit.

Though there are conflicting accounts of what this room was and how it got its name, a Kotaku report surfaced photos of McCree, Afrasiabi, and others in what appears to be a hotel room where certain developers would meet to socialize and drink. McCree became implicated in the controversy due to screenshots of a “BlizzCon Cosby Crew” group chat, in which Afrasiabi said he wanted to marry women being brought to the suite and McCree responded “You mispelled fuck.”

Earlier this week Blizzard confirmed that Jesse McCree, among others implicated in the scandal, were no longer with the company. But this still leaves the question of what—if anything—Blizzard should do with the character that bears his namesake.

Shortly after the lawsuit was made public and other current and former employees came forward to share their stories of being sexually harassed by Afrasiabi, World of Warcraft’s developers removed two NPCs that were references to him. Unlike Afrasiabi’s NPC homages in WoW, Overwatch’s McCree is a central part of the lore and referenced extensively by other characters in various lines of voiced dialogue. Changing his name would require an extensive retcon, which is why some players have advocated that McCree should simply be killed off and replaced with another character in Overwatch 2.

We’ve reached out to Blizzard to ask for comment on this story.