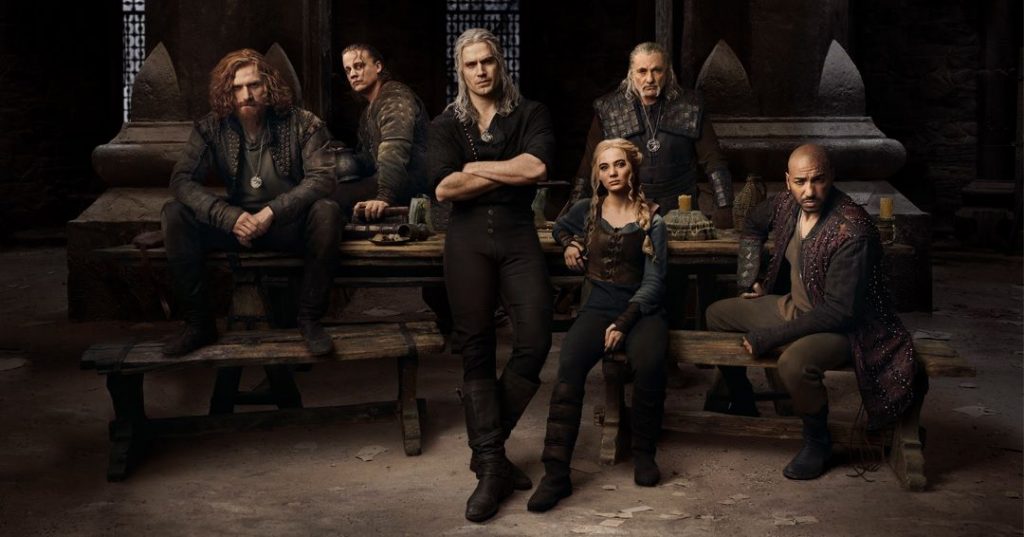 If you haven’t seen The Witcher season 2, then stop reading now before I spoil one of its twists, and one of the more significant deviations from the books. Right, so, in season 2’s second episode we visit Kaer Morhen, which looks a lot like it does in the videogames, and meet an expanded cast of Geralt’s fellow witchers. Vesemir, Lambert, Coen, and Eskel are among the brothers Ciri gets to know during her stay, though one of them less than the others. In a major departure, Eskel has been infected by a monster. By the end of the episode he’s fully transformed, and has to be put down by Geralt.

Fans of the scarred Eskel—who survives the books and also shows up in the games, helping Geralt pull off a drunken prank involving cross-dressing at one point—aren’t real happy about it. During the behind-the-scenes documentary The Witcher: Unlocked it was bound to come up. “Can you explain your decision to kill him off so soon?” asks the show’s host, Felicia Day. “Because people want to know.”

“In all honesty,” showrunner Lauren Schmidt Hissrich replies, “the very first version of the script that we wrote, [there] was a brand new witcher that we’d never met before, we’d never heard of, and all of a sudden we were like, ‘Oh, our audience is going to meet Coen and Lambert and Eskel and, you know, John. Who’s gonna die? John is going to die.’ So we thought about it really hard, and I know that there are fans who love Eskel and feel like, ‘Why would we do that?’ But honestly his death is what changes everything for Geralt and I think it propels Geralt’s need to figure out what’s going on with Ciri and to do it fast, because he knows he’s going to risk losing her and his brothers if he doesn’t.”

In a season whose final reveal is well-known to readers of the books, it’s a shocking moment. From that point on, it seems like anything could happen. Amusingly, the actors felt the same. “It keeps us on our toes,” says Paul Bullion, who played Lambert. He mimes flicking through the script to find out if he’s about to be killed off in the next episode. “Now we’re like, no one is safe.”

If you’d like to read recaps of The Witcher season 2, ours start with episode 1 here.