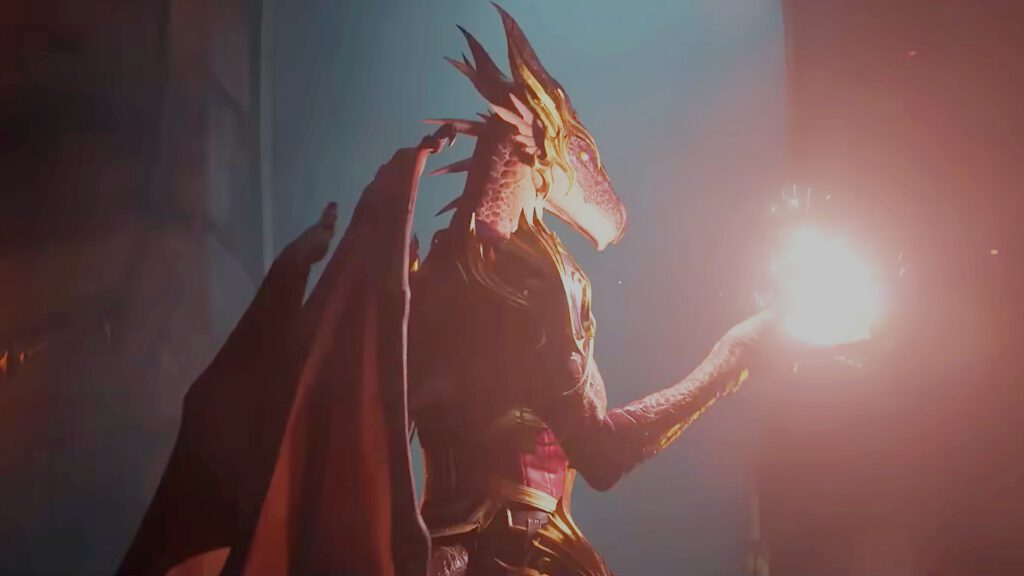 The WoW Dragonflight Dracthyr have very much taken centre stage in all of the footage of the next World of Warcraft expansion, but given they blend both class and race together in the form of Evoker, will we see a warrior version enter the MMORPG? The answer is a pretty resounding no.

If you’ve played through the Dracthyr’s starting zone, the Forbidden Reach, you’ll have run into the flightless Drakonid, the scaly meatballs that have been sent to eradicate the Dracthyr and raze their home to the ground. These beefy creatures eventually ally themselves with the Evoker and their comrades at the end of the starter quest, opening up the idea of a Drakonid allied race or warrior-style Dracthyr.

I asked production designer Pat Dawson and principal game designer (professions) Eric Holmberg-Weidler whether or not we can expect to see the Dracthyr take on another role other than Evoker, but according to Dawson it seems very unlikely.

“One thing we wanted to do right out of the gate was make the [Dracthyr’s] race and class be very dependent on each other,” he states. “This is why you end up with a mid-range spellcaster, because when you think of draconic abilities and dragon-like things you think of dragon’s breath or tail whip; that’s not something that makes sense from 40 yards away. We created this race and class with each in mind for each other.”

What about the Drakonid, then? “When it comes to expanding [the Dracthyr] to other things I think that’s a future conversation that we’ll have about what opportunities make sense, and even opportunities for allied races, too,” Dawson tells PCGamesN. “We’re always having conversations about how can we include more things in that, too. I think going to the Dragon Isles offers us more opportunity to consider things there.

“We take a look at some of the fan-favourite things, listen to what the requests are, have internal conversations because everyone on the team is always requesting stuff like this too, and we make decisions based on what’s in the best interest of the community.”

He does, however, pretty much nail the coffin of a Dracthyr warrior class shut. “For the Dracthyr specifically we did want to pair the race and the class together tightly, so I wouldn’t expect to see any Dracthyr warriors in the near future.”

While this may disappoint some who prefer to dive straight into the heart of the fray instead of slinging spells from a little further away, there is a little hint there that we may see a new allied race that could potentially make up for the Dracthyr’s mid-range playstyle.

However, if you do fancy creating a beautiful draconic warrior, I’d advise giving the class a spin. I sucked during my WoW Dragonflight alpha preview playthrough, but having created a new Dracthyr persona for the WoW Dragonflight pre-patch I really can’t explain how much fun I’ve been having – especially because the Forbidden Reach is such a glorious starting zone.

If you’re excited to dive into Dragonflight – whether as a Dracthyr or something else – be sure to check out our rundown of the World of Warcraft Dragonflight talents system, as well as our picks for the best WoW addons to aid you in your quest to save the Dragon Isles.