Home » Wrestling With Emotions: New Kid on The Block is the wrestler dating sim I didn’t know I needed

Wrestling With Emotions: New Kid on The Block is the wrestler dating sim I didn’t know I needed 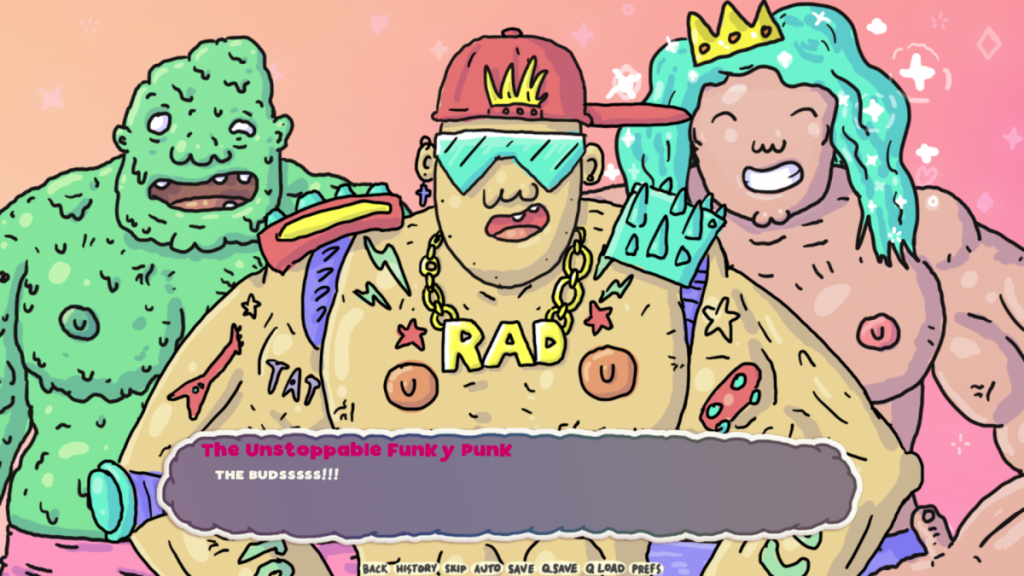 I’ll be honest, big hairy guys do nothing for me, but what does get me excited is the potential for dating games to be about more than high schoolers (or, er, high school birds), and so by extension, I’m pretty excited about Wrestling With Emotions: New Kid on The Block. The ‘New Kid on The Block’ part is important because it marks this game as a sequel to micro dating sim Wrestling with Emotions, which came out on Itch.io in 2016.

Wrestling With Emotions comes with a character creator called LOL – Look Out Lovers, which allows you to build the perfect stud, an understandably important feature that will make a comeback in the sequel. New Kid on The Block looks poised to become bigger and better than its predecessor, because while it still features “punk graphics and surreal songs in classic Team Lazerbeam’s style”, it also boasts a system called M.E.A.T. (Muscle, Elegance, Attitude & Theatrics) for you to level up, multiple endings and a choice-based story in which no choice is the wrong one—you get to be your wrestling best self on your quest to romance one out of a “diverse cast of suplex superstars”.

You may already be familiar with developer Team Lazerbeam from Teenage Blob, the half game half album the team made in collaboration with punk band The Superweaks. James called it cute and dumb and good fun, and I honestly neither expect nor need less from this game, either.

For something that isn’t set to release any time soon, Wrestling with Emotions – New Kid on the Block has a weirdly specific release date: it’s currently slated for October 31, 2022 and you can wishlist it on Steam now. While I wait, I’m going to play the first game on Itch, and so should you.