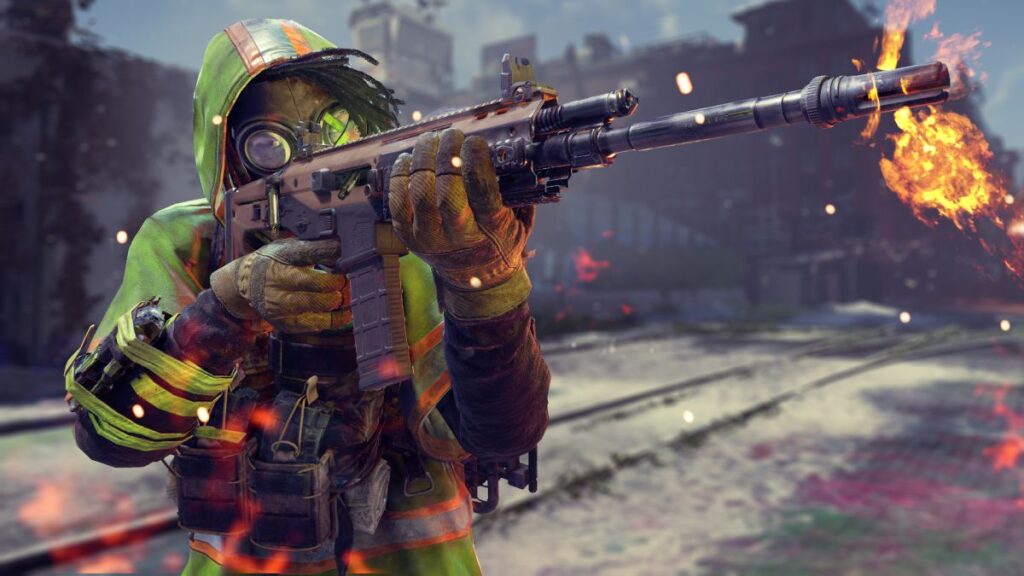 Ubisoft is expanding its FPS offerings with a new 6v6 free-to-play game that looks a lot like Tom Clancy’s Call of Duty. It’s called XDefiant, and it stars three factions seen in other Clancy games: The Echelon (Splinter Cell), the Wolves (Ghost Recon), the Cleaners (The Division), and the Outcasts (also The Division). Watch the introduction trailer above to get a better look at the factions, character abilities, and pace of its action.

XDefiant is being primarily developed by Ubisoft San Francisco, the studio that previously made South Park: The Fractured But Whole and is currently making Rocksmith+. Call of Duty alum Mark Rubin is executive producer on the game and Jason Schroeder, who worked on the original Rocksmith and South Park, is creative director. In the reveal trailer, the pair describes XDefiant as “fast-paced firefights meets punk rock mosh pits.”

I’m not sure what that means, but “fast-paced” and punk rock are not two things I usually associate with the Tom Clancy label. If the premise of XDefiant sounds familiar, it’s because this is the same crossover Ubi game, codenamed “BattleCat” at the time, that leaked in early June.

By the sound of it, XDefiant really is Ubisoft’s take on Call of Duty multiplayer. It’s 6v6, will seemingly focus on objective game modes (Ubisoft mentioned two called Domination and Escort in a press release), and has a pretty fast time-to-kill. As I watch gameplay, everything from the speed of sprinting, the limited verticality, and the reflexive stop-and-spray shootouts are very evocative of Infinity Ward-style CoD games. Check out the brief clip of gameplay Ubisoft shared with us below as well as a few others given to press and influencers prior to the game’s announcement.

Get a quick taste of a brand-new Ubisoft game right here, right now!We had a chance to see what it looks like up close, and we can’t wait to tell you more. Keep an eye out on @Ubisoft tomorrow, July 19 at 11:15am PT for the full reveal. pic.twitter.com/nZkZB8kKNfJuly 18, 2021

Might want to tune in tomorrow 11AM PT / 8PM CEST for what @Ubisoft is cooking up pic.twitter.com/fDRcpJxZQQJuly 18, 2021

Yet another CoD-like FPS isn’t exciting on its own, but XDefiant hopes to shake things up with its character abilities. Every faction will have its own abilities and gadgets that fill different roles on a team. The Echelon, for example, are support players that can help spot enemies or flank. The trailer depicts Outcasts as healers, Wolves as tanks that can deploy shield barriers, and Cleaners as assaulters with big-ass flamethrowers. Every player has a standard primary/secondary weapon (customizable with attachments, naturally), grenades, plus a gadget and ultimate ability unique to the faction you’re playing. One of the ultimates (Ubi is calling them “Ultras”) appears to be the Cleaner’s flamethrower.

So it’s not quite a hero shooter, but Ubi does plan to expand its roster with more factions (including more Tom Clancy crossovers and “beyond”). Given that everyone appears to share similar health pools and gun options, the setup seems closer to Call of Duty: Black Ops 3 and 4’s operators, who could occasionally pull out a super weapon. It’s unclear exactly how flexible these loadouts will be, but Ubi said each class will have several abilities to choose from.

You might have noticed one obvious Clancy faction curiously missing from XDefiant’s roster: Rainbow Six. Despite Rainbow Six Siege’s expansive pool of 60 operators and gadgets, the XDefiant reveal makes no mention of it at all. This is likely an intentional move to avoid confusion with what are two very different types of FPS, though this is the closest that Ubisoft has come to competing with itself in a while.

Ubisoft isn’t ready to say when XDefiant is releasing widely, but the first playable test will kick off in just a few weeks. Sign up at XDefiant’s official site for a chance to play the PC-exclusive test build starting Aug 5. When it does release, XDefiant is coming to both PC and consoles with crossplay support “expected” on day one. A Ubisoft rep told me that as of this writing, XDefiant will only be on PC via the Ubisoft Connect store.