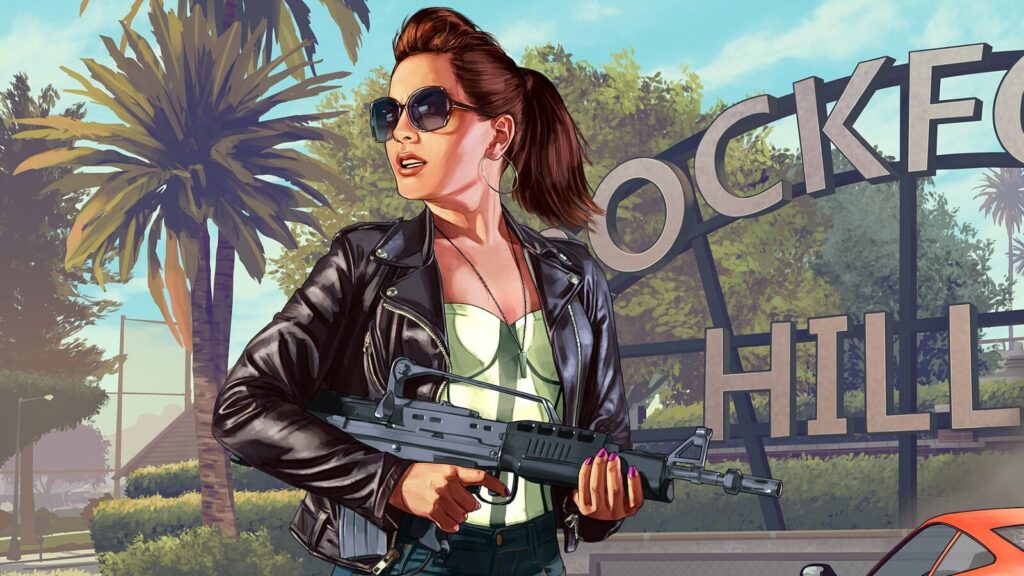 More information about Rockstar’s next Grand Theft Auto game has slipped out of a new report from Bloomberg. Staff at the company spoke about how the cultural changes that have been taking place since former head Dan Houser’s infamous 100-hour working week comments in 2018 have affected the game’s development, with sources saying GTA 6 will apparently have a playable female protagonist for the first time in the series’ history. It sounds like we might have quite some time to wait to play it though, so watch the trailer for GTA Online’s new Criminal Enterprises update below to sate your appetite for misdemeanours.


Sources at Rockstar told Bloomberg that GTA 6 is codenamed Project Americas, because the game was originally intended to have a map that covered “territories modeled after large swaths of North and South America”. In 2021, rumours were circulating that the next GTA would be set in a modern take on Vice City. Well, the Bloomberg report corroborates this. It’s nothing that Bloomberg’s Jason Schreier hasn’t already intimated on Twitter before but, interestingly, shrinking the map down to the series’ fictional Miami was apparently a compromise to try to improve Rockstar’s working culture.


GTA 6 is now being worked on as a live-service model of sorts, with Rockstar intending to push out “new missions and cities on a regular basis” after launch. The report says this is a move by Rockstar management to reduce crunch towards the end of development. However, the scale of development is still the biggest the series has seen in some ways, with “more interior locations than previous Grand Theft Auto games” affecting Rockstar’s schedule. Bloomberg’s sources said that they didn’t know of a planned release date, and that they expected at least another two years of development.


Bloomberg spoke to more than 20 current and former Rockstar employees for their report into the company’s working culture. While Rockstar had no official comment, one employee described them as “a boys’ club transformed into a real company”. The cultural clean-up operation has apparently influenced the next GTA’s development in other ways. As mentioned above, the game will reportedly star a Latina woman who’s part of a “Bonnie and Clyde” pair of robbers. A female protagonist would be a first for the nearly quarter of a century old series.


Rockstar only confirmed this February that, yes, they’re actually working on the game everyone has referred to for yonks as GTA 6. More recently, they also confirmed Red Dead Online won’t be getting any more major updates, so the team can shift focus to the next GTA. The Bloomberg report makes for interesting reading in the wider context of crunch throughout the games industry. It doesn’t sound like everything Rockstar has tried to implement has necessarily worked the way they intended – particularly the changes to middle management – but it’s good to hear they’re at least making some efforts. I’m totally fine with playing a new GTA years from now if it means the people who make it get to have proper personal lives.

While you’re waiting, there’s always the frequently updated GTA Online, which is included as part of Grand Theft Auto V on Steam and the Epic Games Store.