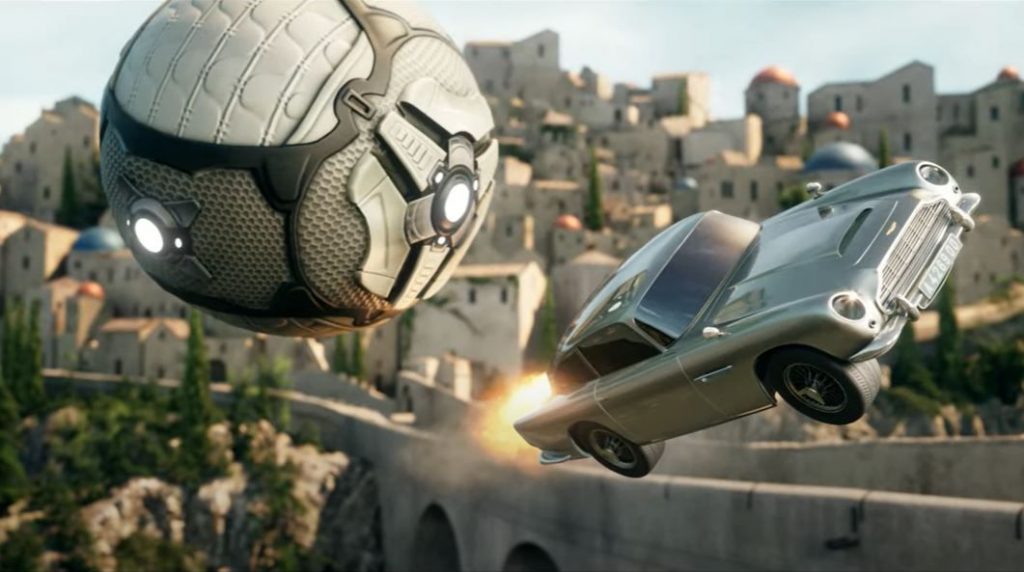 The vehicle hits Rocket League’s item shop on July 29 and costs 1100 credits, which is roughly $10 in real world money. That’s a tad steep for a cosmetic, but it’s James Bond, and James Bond is classy, and classy things are expensive. If it was cheap, it’d probably be an outrage. It’ll sound the part too, with “one-of-a-kind Engine Audio” and wheels that look like—you guessed it—wheels you’d find on an Aston Martin DB5.

This is presumably happening because there’s a new Bond film coming out in September—No Time To Die—which is the 25th Bond film, will star Daniel Craig, and will feature a DB35. Everything happens for a reason.

The DB35 has appeared in a bunch of Bond-related games in the past, most recently as a DLC for Forza Horizon 4. By far the most distinguished appearance of the car is in 007 Racing, which is a game I still can’t believe exists. But I’m glad it does. Just look at it: