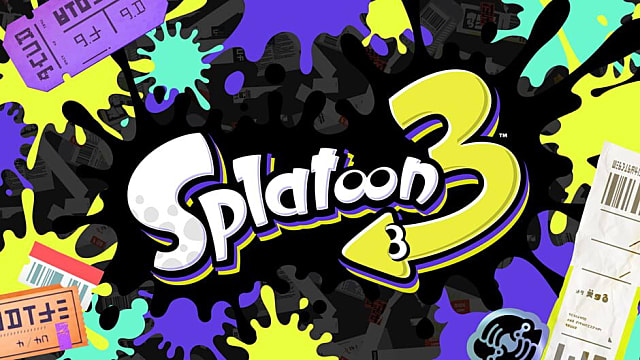 As a newcomer to the series, I can see why Splatoon has garnered such a dedicated fanbase over the years. Nintendo’s ink-fueled take on the multiplayer shooter is now on its third iteration and still stands out as an anomaly in the genre. It’s an approachable, vibrant offering with game modes for every type of player.

I fell for each of the modes in their own ways, but I wound up agreeing with the consensus: the heart of Splatoon is its multiplayer. Above all, Nintendo’s commitment to fostering the most expressive parts of its community is admirable. Splatoon 3 isn’t an evolution — it’s a refinement. And it’s a perfect place to jump into the series for the first time.

In 2015 Nintendo introduced WiiU players to Inklings — or Squid Kids if you must rhyme — and the novel inking, shooting, and swimming of Splatoon. It was a relatively barebones proof of concept, but 2017’s Switch sequel added many of the characters and game modes seen in Splatoon 3.

This trip to Splatsville keeps with the hyper-colorful aesthetic and jazzy but still rock-and-roll attitude the series is known for. Boasting three modes that exist in their separate hubs (all easy to jump to via a main menu), Splatoon 3 offers something for anyone interested in this genre. It feels like a throwback to the Xbox 360 and PS3 era of shooters.

Turf Mode remains the cornerstone of the Splatoon multiplayer experience. A 4v4 mode where, at the end of a breezy three-minute round, whichever team has inked the most territory wins. This combination of high-speed team deathmatch and territory control is the main game mode. It’s also the most compelling.

While Nintendo has front-loaded Splatoon 3 with tutorials, the brilliance of Turf War is in its simplicity and approachability. It encourages players to have and play to different strengths; you don’t need to be a splatting machine to be an MVP. Best of all, the brevity of these matches keeps them tense and snappy, stoking that “just one more game” endorphin rush after every victory.

Turf War is the single competitive mode outside of ranked Anarchy Battles, which don’t unlock until you hit Level 10. Keeping in line with Splatoon 2, maps cycle in on a timed schedule, but Turf War remains the single casual mode. While I desperately wish there were ways to play other modes like Clam Blitz and Tower Control casually, Turf War hasn’t yet grown stale.

This is partly because of the massive assortment of creative weapons Splatoon 3 has to offer. They are all variations on a dozen or so core types, ranging from old standards like the Roller and Splat Dualies to new friends like the windshield-wiper-inspired Splatana. As a Splatoon newbie, I was shocked at how different they all operate in terms of form, feel, and function. Splatoon 3 is a rare achievement in justifying (and balancing) a great excess.

The main hook of the progression system is in the form of tickets that can be exchanged for new weapons. This steady clip of new loadouts is especially refreshing in the free-to-play shooter era. Plus, it keeps things from becoming too overwhelming for new players.

Splatoon 3‘s other two modes are as meaty and robust as its main attraction. Hero Mode offers an expansive campaign that can last up to 10 hours if you really want to dig into it. Starring Splatoon 2’s Callie and Marie as your fellow agents, you must navigate through six islands overtaken by Mario-Sunshine-esque fuzzy ooze to rescue Cuttlefish from his mysterious captors.

Each Site has multiple short missions that test not just your combat skills but also your platforming and puzzle-solving abilities. Some of these act as light tutorials, but many are challenging in their own right. At its best, the Hero Mode requires you to view Splatoon 3‘s tools in a whole new light, something that feels more significant than just an introduction to multiplayer mechanics.

The Sites are engaging in their own right, containing various secrets and hidden routes. Some of the later overworlds have some really neat designs that I dare not spoil.

Not every single Kettle (as the levels are called) is the most fun or most creative, though. Some lean a little too hard on platforming, while too many others are just variants of running a “shoot the targets” obstacle course. But overall, it is worth seeing what the entire single-player mode has to offer.

Splatoon 2‘s limited-time co-op mode Salmon Run has been turned into an official permanent mode in Salmon Run Next Run. The wave-based co-op mode is still best with friends, but a meta-game that has you occasionally facing off against a giant Salmonid gives strangers a reason to stick together round after round. With a progression system that notches up the difficulty just when you think you’re a master, Salmon Run is a satisfying and challenging alternative to the other modes on offer.

A big change that’s difficult to discuss is the new way Splatfests work. Now a three-way conflict, these special Splatoon 3 events add a short window where you can participate in Tricolor Battles with three teams of different colors. This is certainly a way to make these events feel special, but it begs the question: why are these battles not in the game in the first place?

After five years, it’s easy to see how this kind of shake-up is the type of new twist Splatoon was aching for. Nintendo’s tendency to introduce its best Splatoon ideas in these limited-time events is frustrating.

There are other new features around the edges, as well. You can save outfit loadouts (called “Fits” in Splatoon lingo) now. Fashion in Splatoon is something to take seriously, especially since Splatoon 3 adds a way to copy outfits from other players and buy them for yourself, which brings us to just how much of a social experience Splatoon 3 is — something that shouldn’t be a surprise for veterans of the series.

All of these modes are brought together in Splatsville, Splatoon 3‘s hub area. Here, you can run around from building to building, accessing each separate mode. You can conveniently hop to almost anything from the menu, which is fantastic, but exploring Splatsville is worth it to see the Splatoon community on display. Just get used to a chunky, inconsistent 30fps in Splatsville compared to the smooth, steady 60fps of the rest of the game.

On the streets of the hub, you can see player outfits and Graffiti messages in a social aspect of Splatoon that began in the first game’s MiiVerse. These drawings are consistently impressive, funny, and respectful. Splatoon 3‘s community has won me over.

Splatoon is Nintendo’s best new IP of the last two console generations, and Splatoon 3 is the most polished version of the concept yet. While it doesn’t break any new ground, Splatoon 3 is still a unique joy within the shooter genre. There are the typical Nintendo design quirks built into the online experience, but they don’t spoil the thrilling combat loop at the game’s heart.

More approachable than ever, Splatoon 3 is exhilarating family-friendly mayhem for competitive and co-op gamers alike.

[Note: Nintendo provided the copy of Splatoon 3 used for this review.]