Twitch attempts to curb ‘gambling meta’ by banning promotion, but some streamers say it isn’t enough 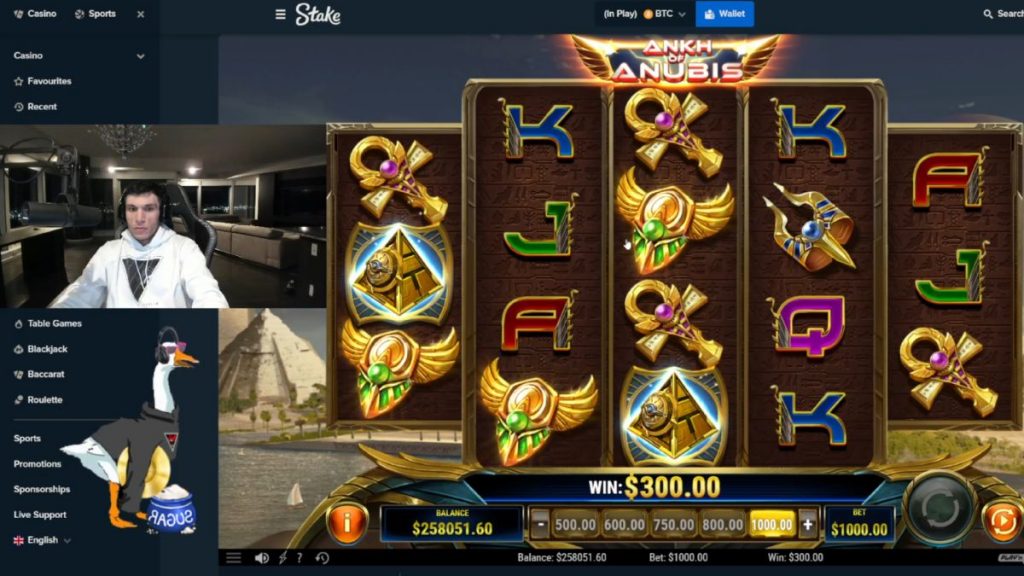 Twitch is now preventing streamers from sharing referral codes or links to gambling websites, following a rise in what’s called the “gamba meta” and growing tensions between streamers around its existence.

While gambling streams have been around for a while, the gamba meta has seen a boom in sponsored streams from some of Twitch’s most famous faces. That recent embrace has normalized the practice on the platform. The likes of Tyler “Trainwrecks” Niknam and Félix “xQc” Lengyel have spent hours spinning virtual slot machines. While xQc has since quit gambling streams, citing addiction, Trainwrecks has spent almost 600 hours streaming in the “Slots” category since April, according to TwitchTracker.

These virtual slots all operate pretty similarly. One may take on an Egyptian theme, while another looks akin to Candy Crush Saga. A streamer’s facecam sits off to the side, letting the slots do all the talking. Chat is typically a jumble of nonsense messages, hype or requests to switch to a different slot game. It’s essentially an hours-long advertisement for gambling sites, punctuated by an ever-looming referral code on-stream for viewers to use.

It’s unclear if these streams are being done out of the pocket of gambling sites or streamers themselves. Regardless, slot streaming seems to be lucrative, at least for streamers with large audiences. In July, Trainwrecks told YouTuber H3H3 that he made $250,000 from referral codes alone, calling the earnings “nothing.”

The boom of gambling on Twitch has caused a huge debate among the site’s small circle of stars, with streamers like Pokimane, Asmongold, Cr1TiKaL, and Clint Stevens calling out the potentially harmful consequences of glorifying gambling to Twitch’s often underage viewers.

“Twitch needs to ban gambling streams full stop,” Asmongold tweeted in June. “The amount of bullshit and pitfalls this is going to create in the next six months will fuck the website in so many ways we don’t even realise yet.”

Mutahar “SomeOrdinaryGamers” Anas also questioned why streamers and viewers were “losing [their] shit over ASMR yoga when unregulated gambling is so openly peddled.”

“Peddling unregulated gambling sites to your stream viewers who may or may not be underaged and getting them hooked on a nasty addiction is the most scumbag shit I’ve ever seen,” he tweeted back in July.

Defences mostly come from those who are already dabbling in sponsored casino streams, including Trainwrecks himself. “The way I gamble is the most authentic and transparent you’ll see,” he tweeted in June. “I show my withdraw/deposit addresses. I gamble in every game I play, I gamble off stream because I actually love gambling.” Despite regularly telling his viewers not to gamble, he often does so while gambling himself.

It’s been a fierce dispute between gambling streamers and their and critics, which has now led to Twitch taking action. While it isn’t stopping gambling streams altogether (virtual poker is also a smaller category on Twitch), it’s an obstacle in the way streamers can earn additional money through these sponsorships.

In response to this agitation, a creator update from Twitch went out on Wednesday detailing a new policy that no longer allows sharing links or referral codes for gambling sites.

“We will continue to monitor gambling-related content and update our approach as needed,” the update wrapped up before informing streamers that they have until August 17 to remove any VODs or other content containing offending links.

While streamers will undoubtedly be doing their best to work around this—launchpad tool Linktree is becoming an increasingly popular way to circumvent Twitch’s rules as it does not directly display disallowed links on the site—the lack of visibility may cause many gambling sites to pull away from sponsorships. But Twitch’s policy change has been called “a lame half-measure,” with its biggest critics still not happy.

Peddling unregulated gambling sites to your stream viewers who may or may not be underaged and getting them hooked on a nasty addiction is the most scumbag shit I’ve ever seen.Why are we losing our shit over asmr yoga when unregulated gambling is so openly peddled.July 21, 2021

“Twitch’s new rules for gambling don’t do anything other than pay lip service to concern while still profiting,” Asmongold wrote, citing the lack of age restrictions on slot streams, the easy Linktree workaround, and the fact that banning referral links doesn’t eliminate the problem at heart.

It’s not the first time gambling and gaming have collided in controversy—2016 saw a huge scandal involving a group of CS:GO gambling sites and YouTubers who failed to disclose their personal stake in the sites they promoted. The situation provoked the US Federal Trade Commission to issue a complaint against social media influencers for the first time.

Twitch has had a rough year when it comes to straddling the line of what content is acceptable thanks to the likes of the hot tub and ASMR yoga metas, along with a wave of hate-raiding that caused the hashtag #DoBetterTwitch to trend on Twitter earlier this week.

Well boys its been a fun ride @FacebookGaming hit me up ? pic.twitter.com/YD9x7cRHXBAugust 12, 2021