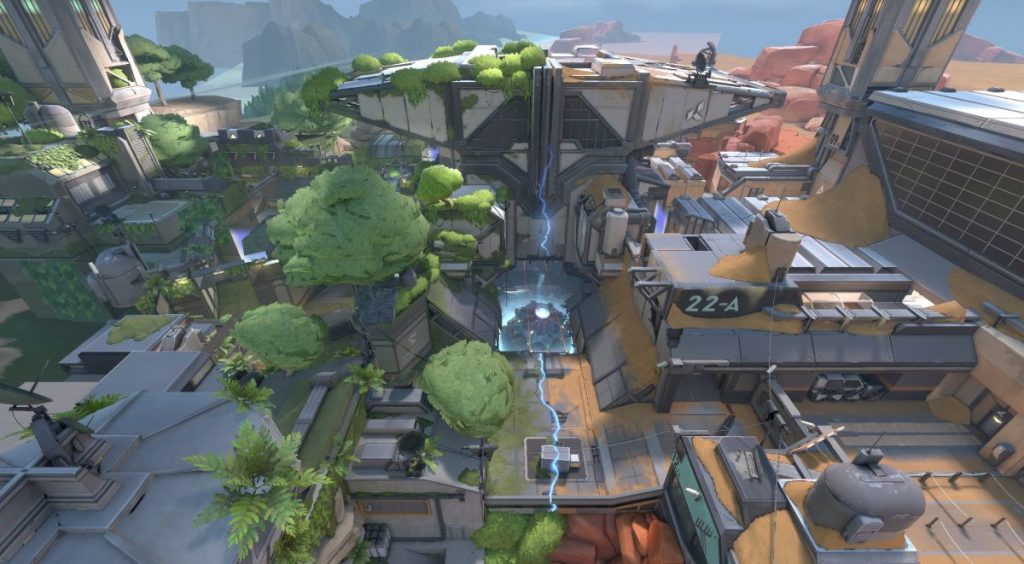 Valorant has shown off a new map ahead of Episode 3 Act 2, one that hopes to fundamentally reimagine established ideas on the game’s arena design.

Split between an overgrown jungle and a dusty desert, Fracture is set in Valorant’s “mirror verse” which, if Star Trek has taught me anything, is a much hornier realm where all the evil versions of the game’s Agents come from. The H-shaped arena starts defenders bang in the center, between two bomb sites, with attackers able to approach from either side—crossing the map quickly using rapid ziplines.

In a Q&A, Riot explains that it wants to rethink some entrenched design ideas with Valorant’s maps with Fracture—questioning the role of neutral space and how positioning works in the game. Level designer Joe Lansford also weirdly compared the map’s pincer-like attack set-up to, err, The Lord of the Rings: The Two Towers.

“As the orcs are breaking down the gates, Aragorn and Théoden ride out to meet them,” Lansford explains. “Gandalf and the Riders of Rohan storm down the mountain from the other side. When you’re on defence and both A and B players push out to flip the tables and pinch attackers instead, it always reminds me of this moment.”

Riot has also teased that Fracture will be the first map to feature “interactive objects”, though hasn’t elaborated on what that means. Previous maps have included things like teleporters, so I’m expecting something a little more elaborate than doors or bridges here.

Fracture arrives when Valorant Episode 3 Act 2 drops on September 8. But new maps aren’t the only thing coming to Riot’s shooter. The developer is currently looking into expanding its roster of fake videogame pop bands by giving Valorant the K/DA treatment.